On March 26, 1905, as construction was about to begin on J.B. Duke's grand mansion in Hillsborough, New Jersey, The New York Times reported that the tobacco and power magnate had spent upwards of $2 million on improvements to the property - and that was just in the preceding three years after he had begun to very seriously transform his 2500 acres on the Raritan River.


There were 400 people working on the estate in 1905 - which today would make it Hillsborough's second largest employer.  They were mostly engaged in landscaping - it was nothing for Mr. Duke to place an order for 50,000 evergreens, for example.  Already completed was the first of the series of artificial lakes, the boathouse, the conservatory, the magnificent stables, and the clubhouse which the Dukes were to reside in while waiting for their new home to be completed.

The circa 1905 postcards below are from my personal collection.  While much has changed at "Duke's Park" over the past 110 years, a careful examination of the final image reveals that at least one restriction remains constant. Enjoy! 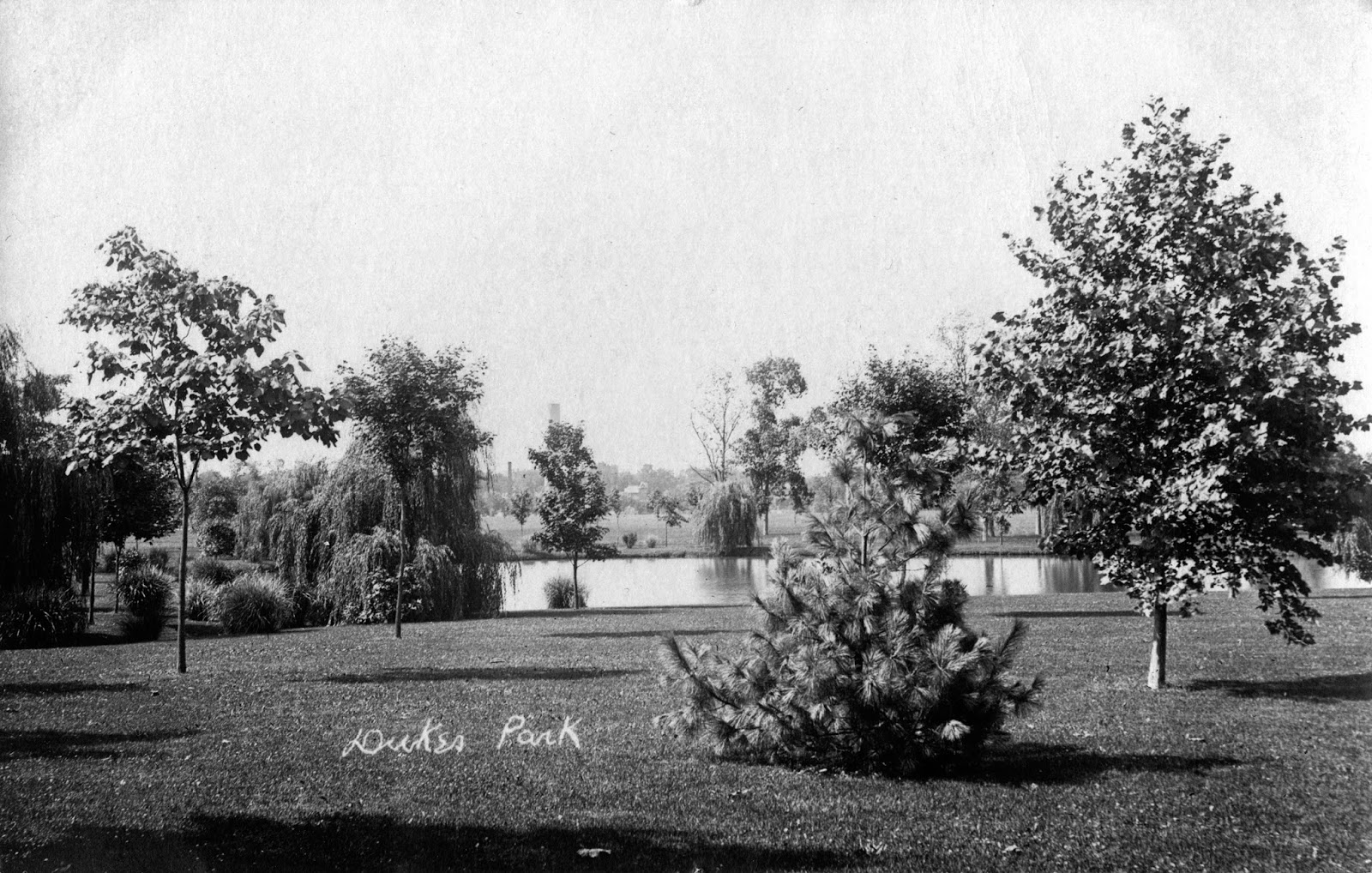 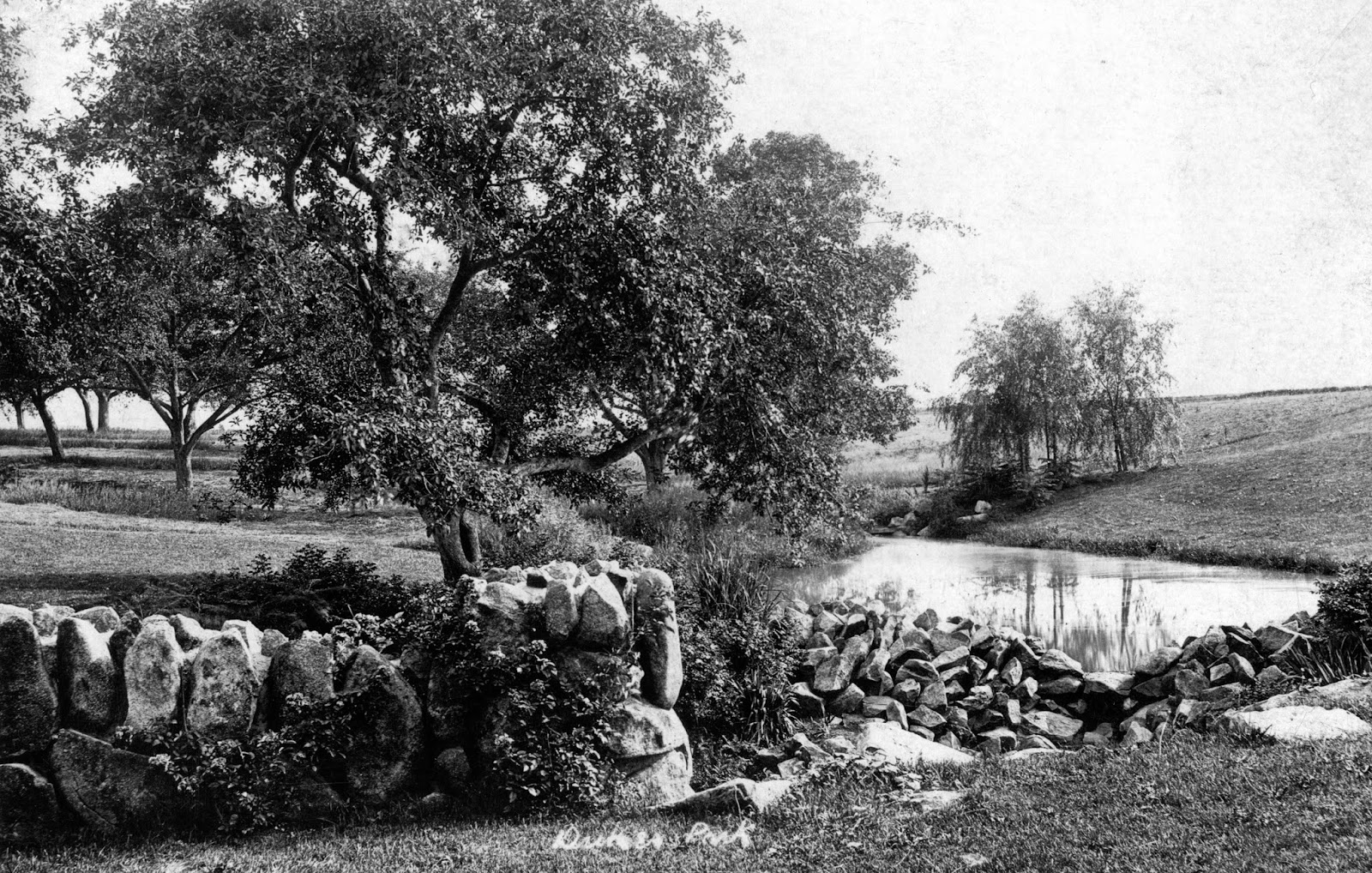 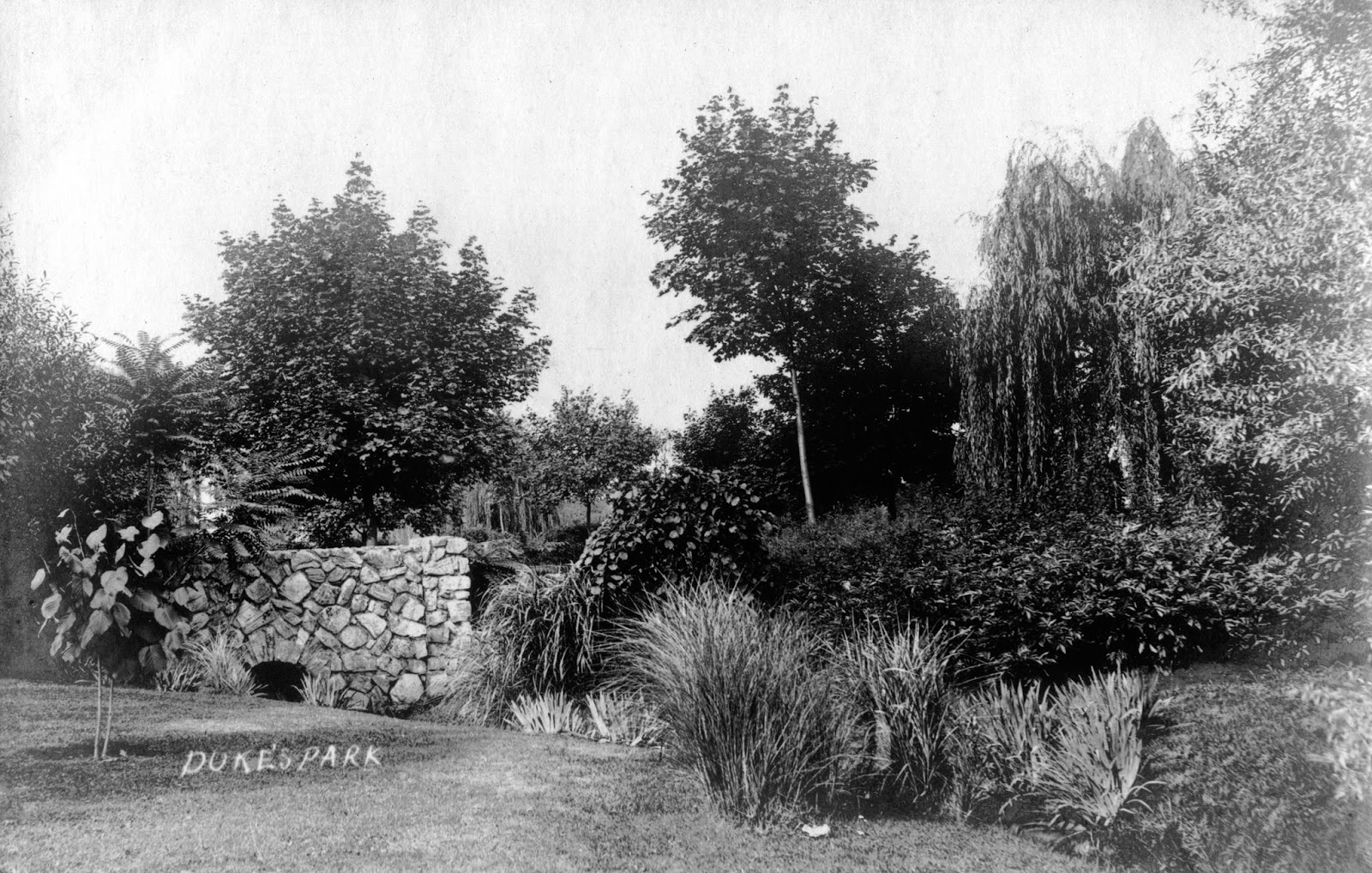 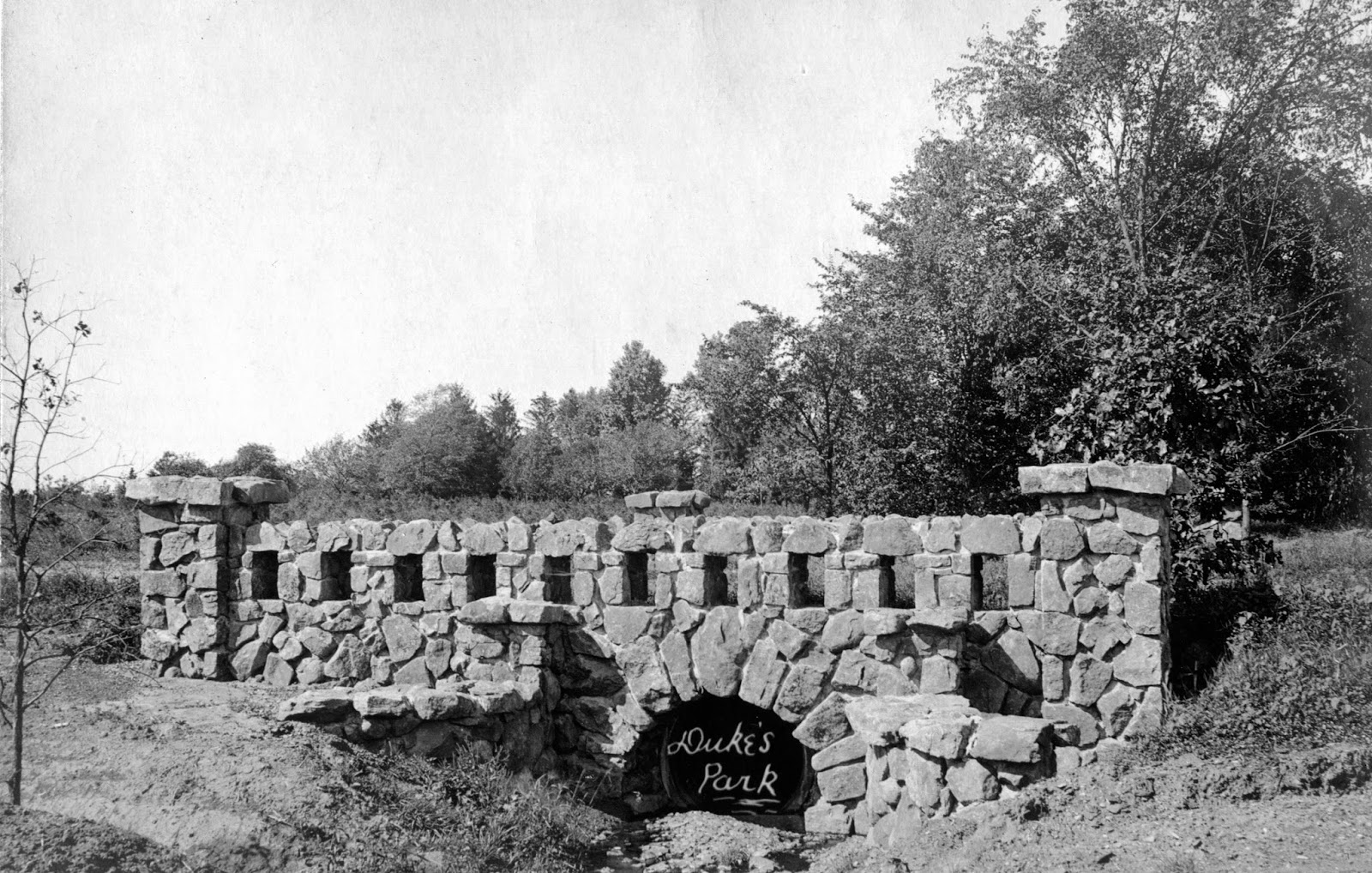 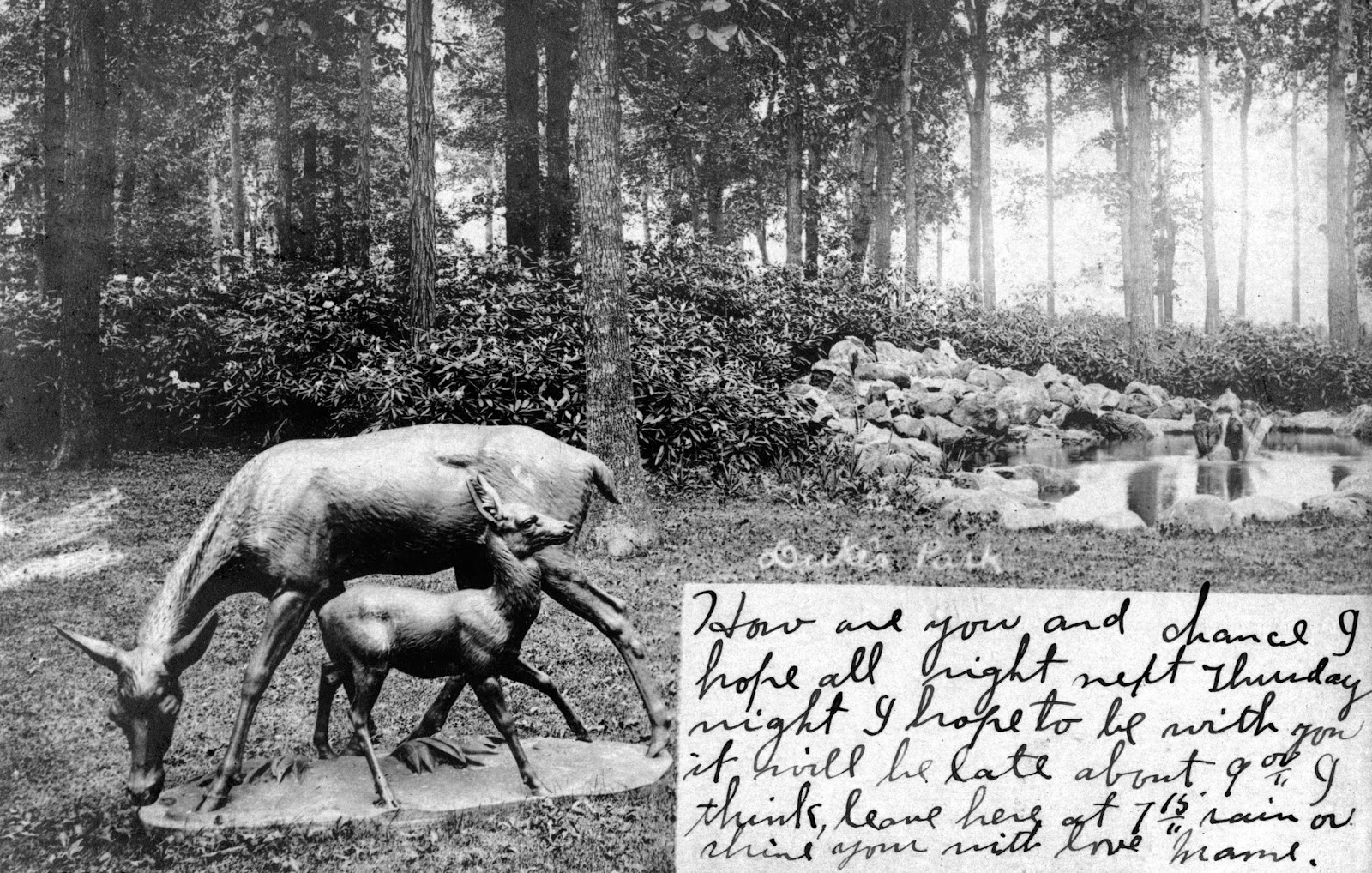 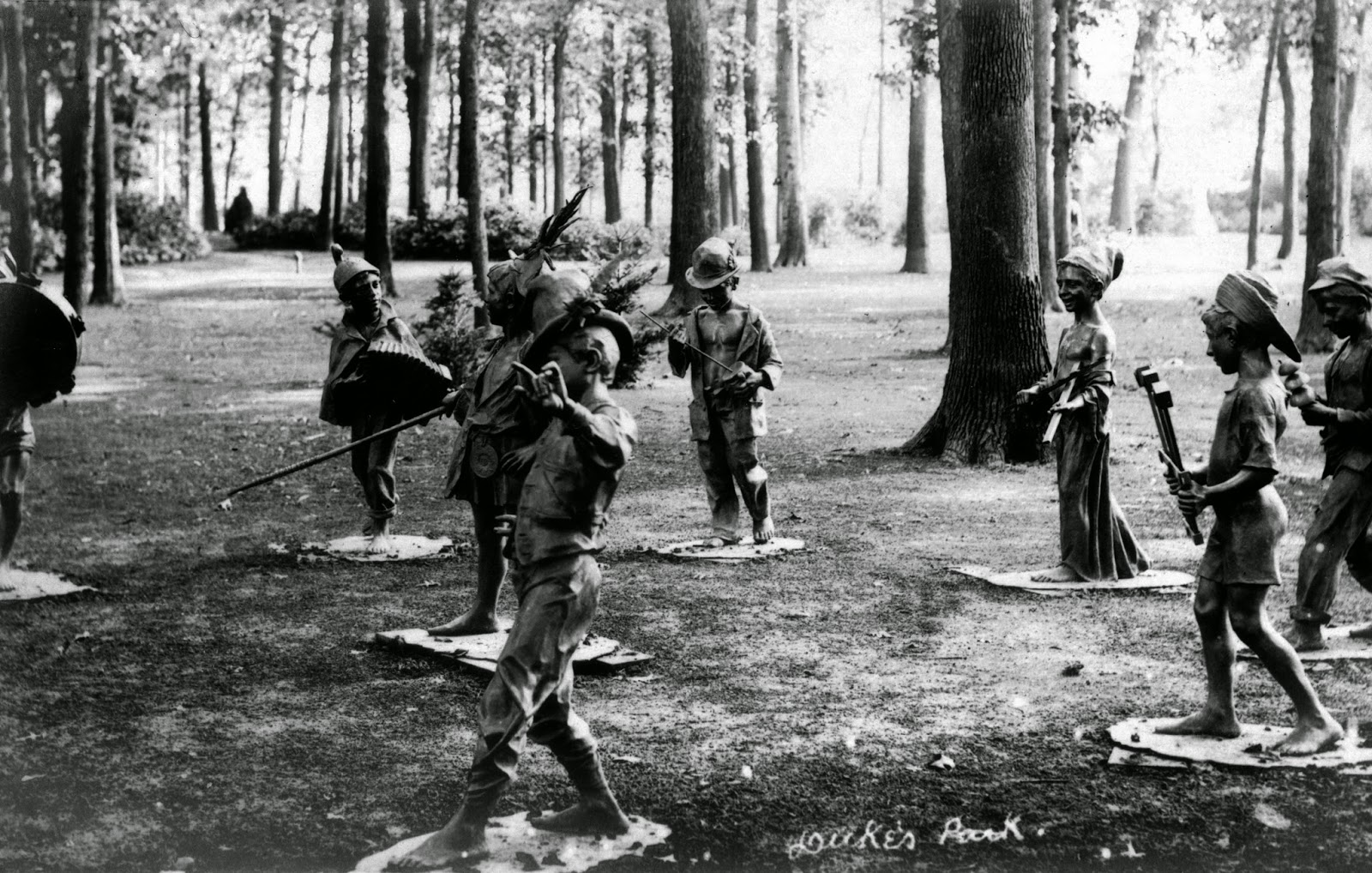 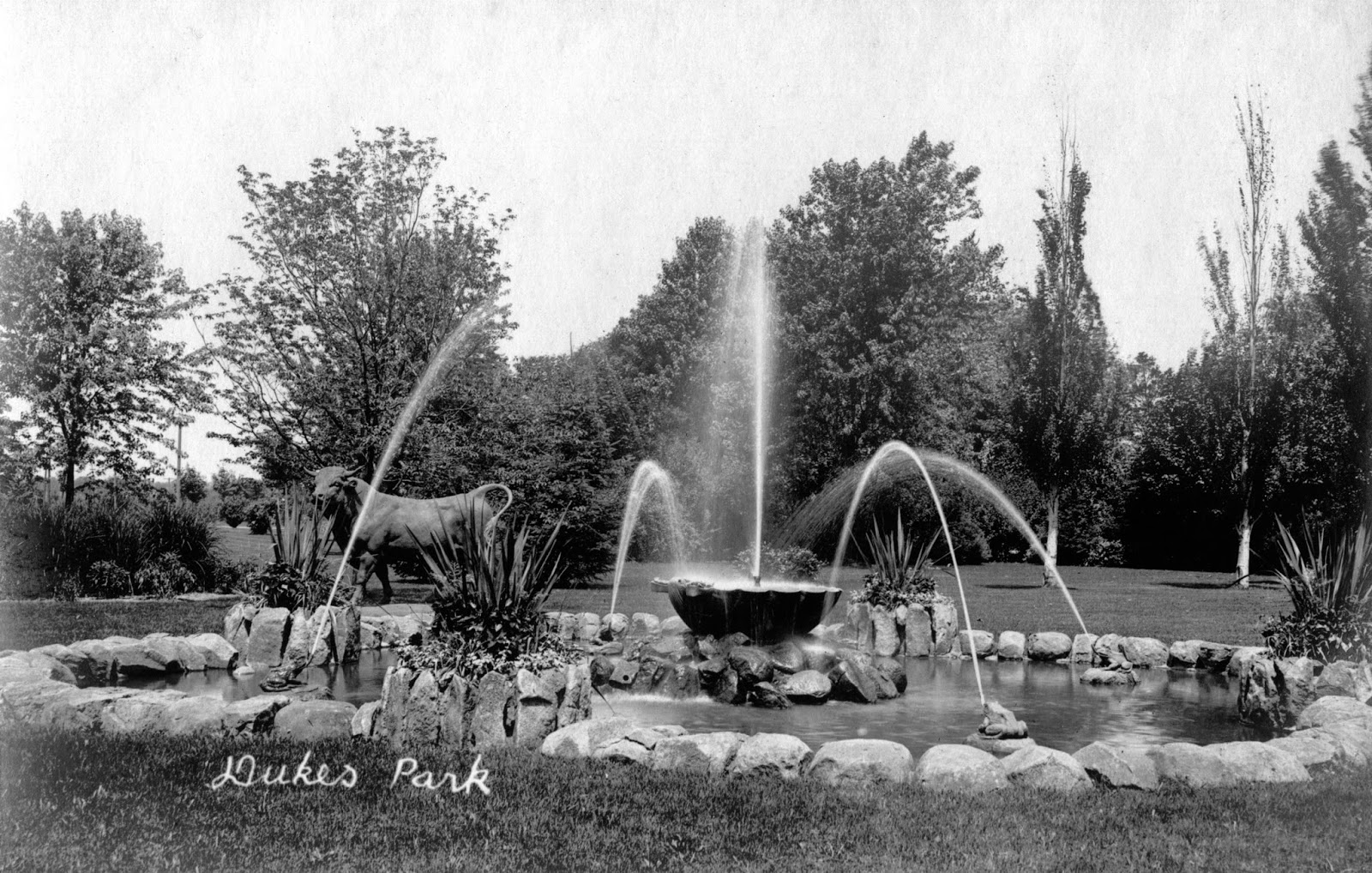 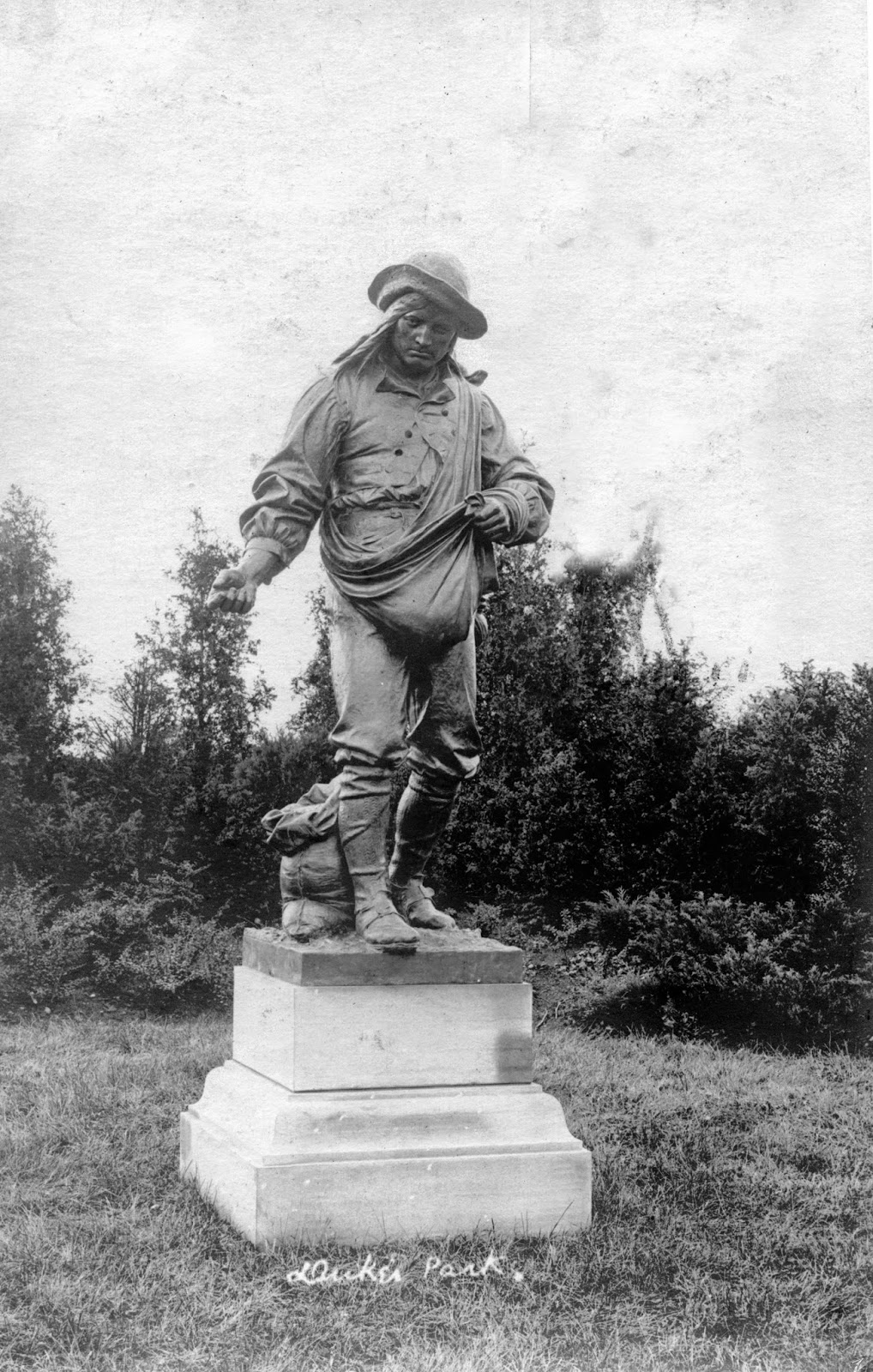 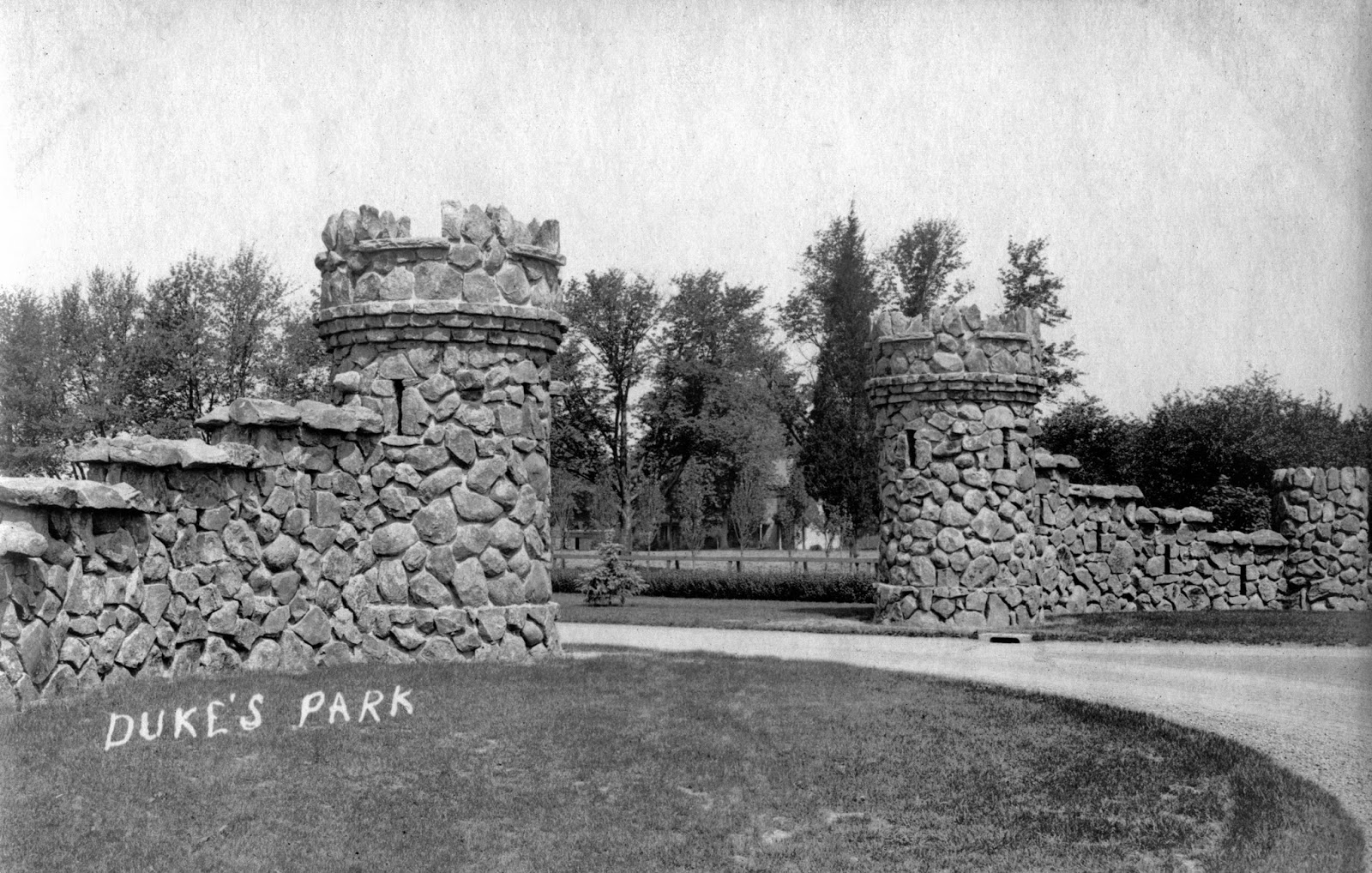 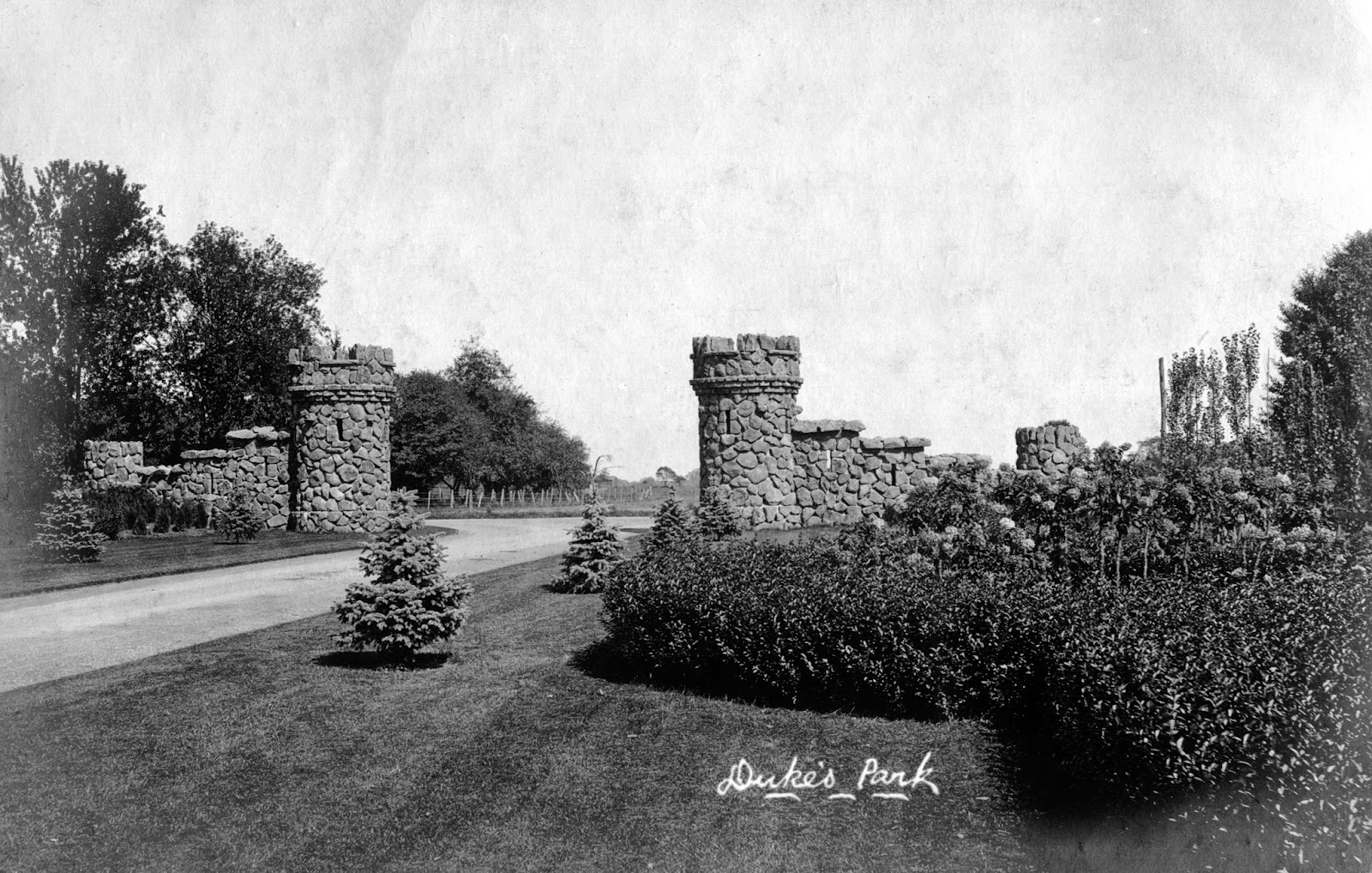 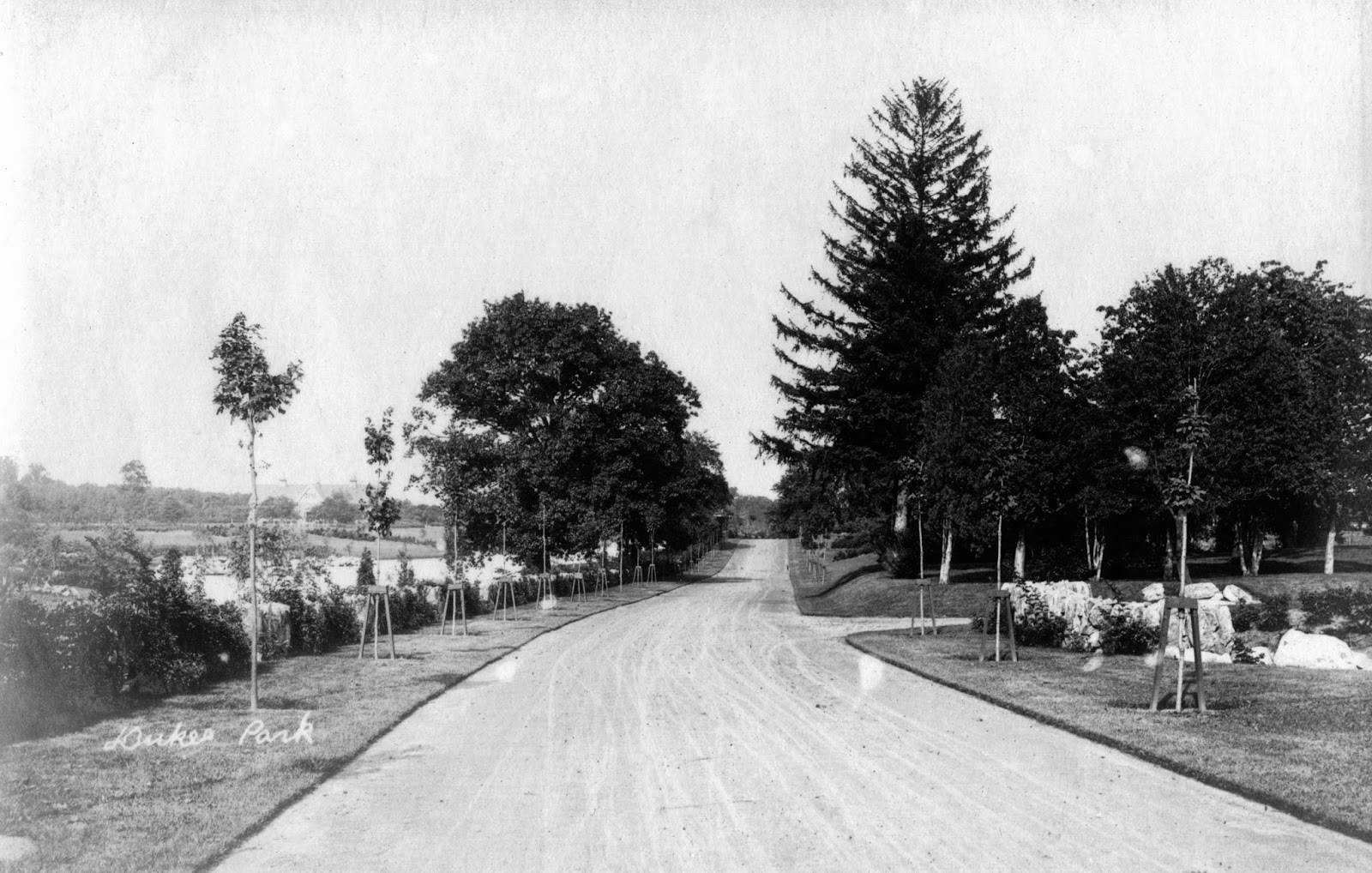 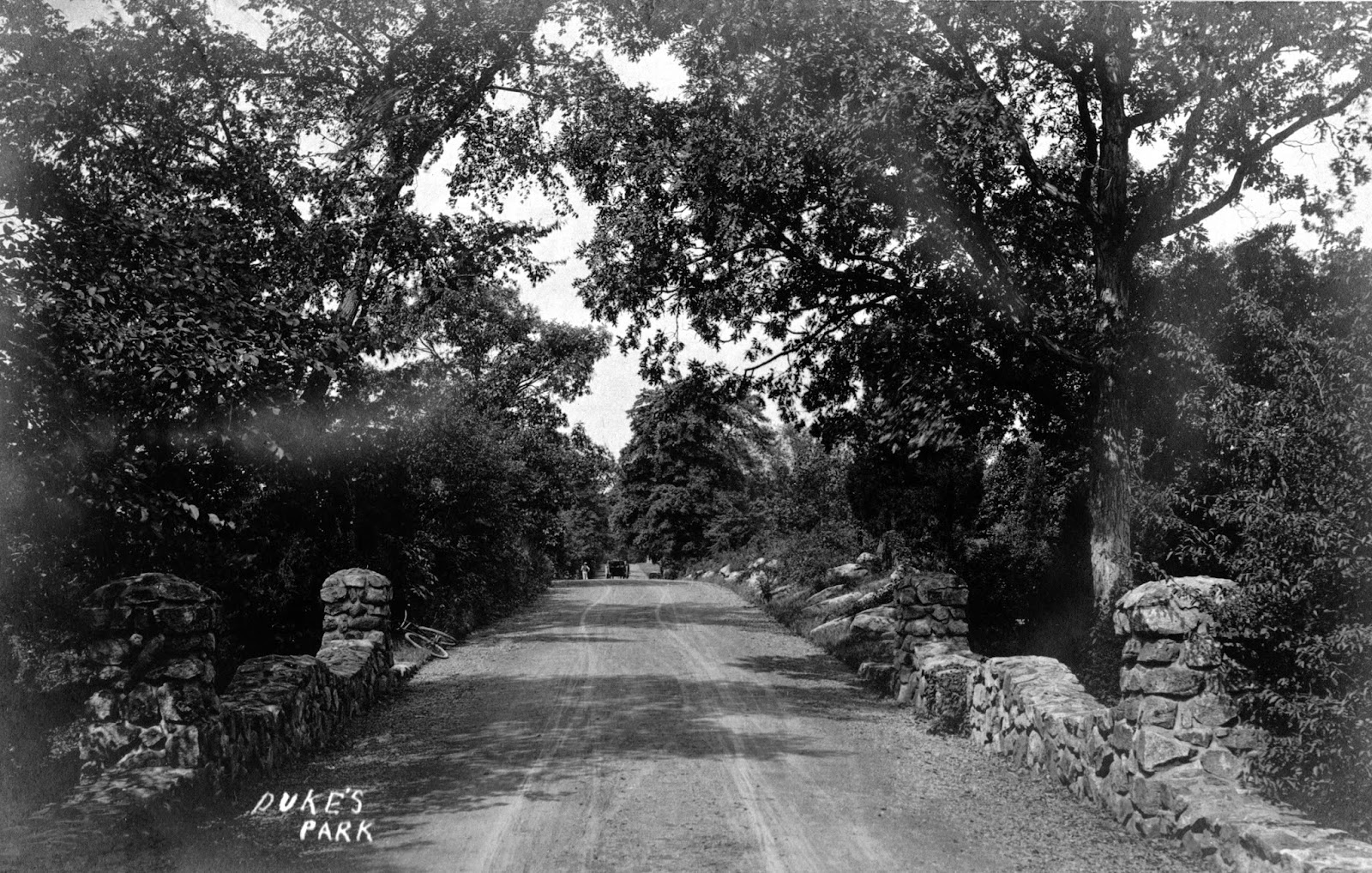 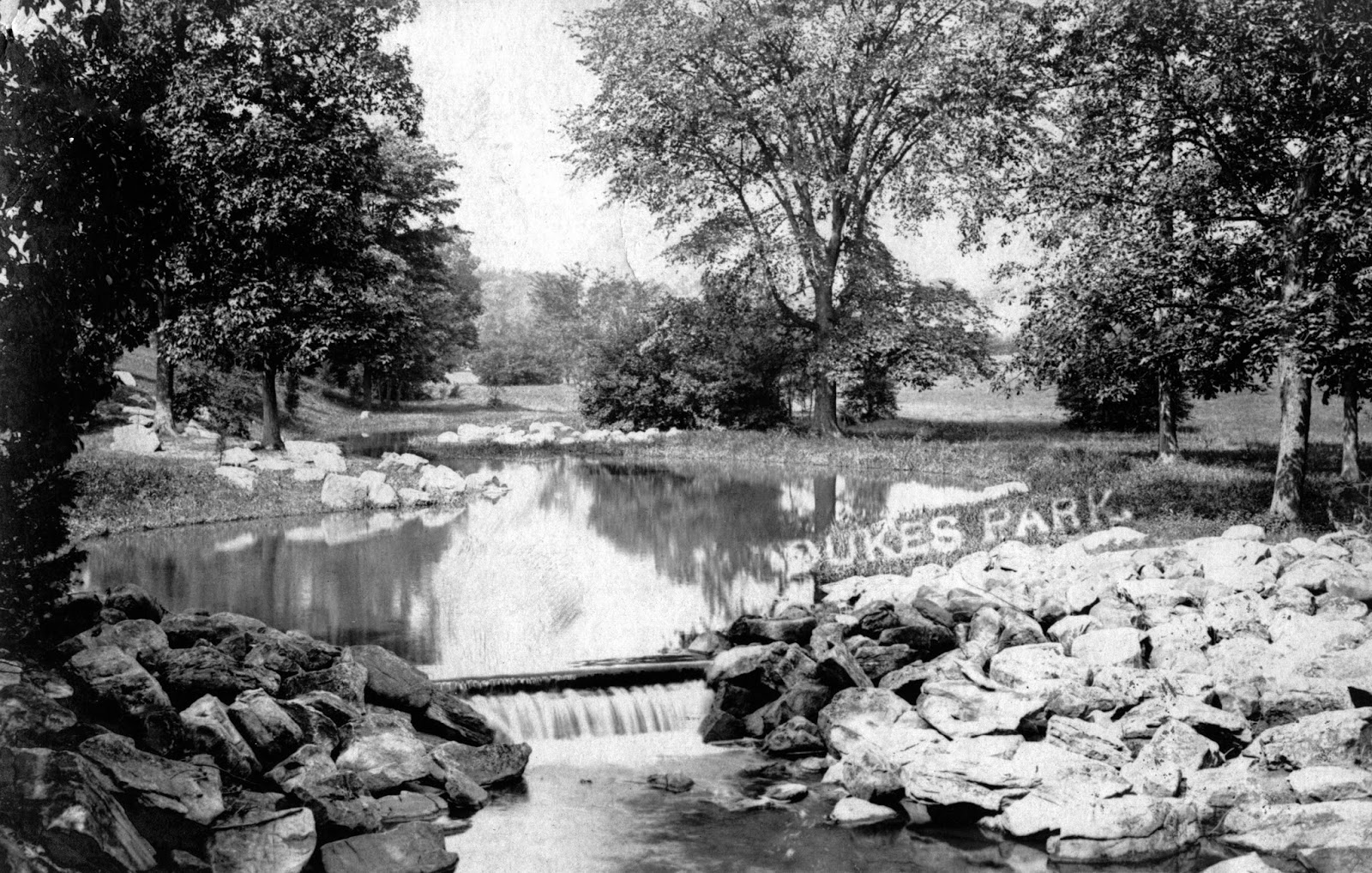 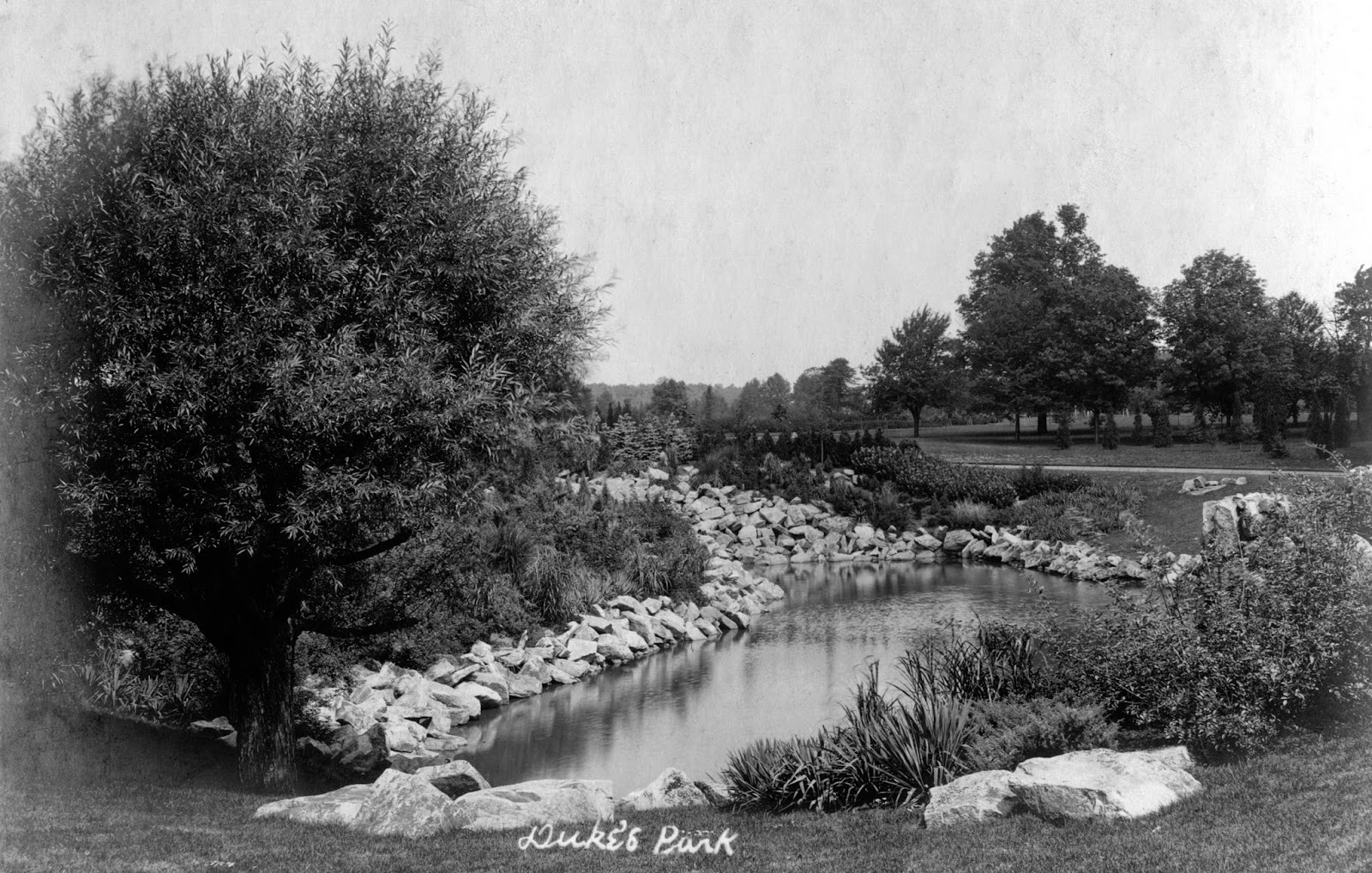 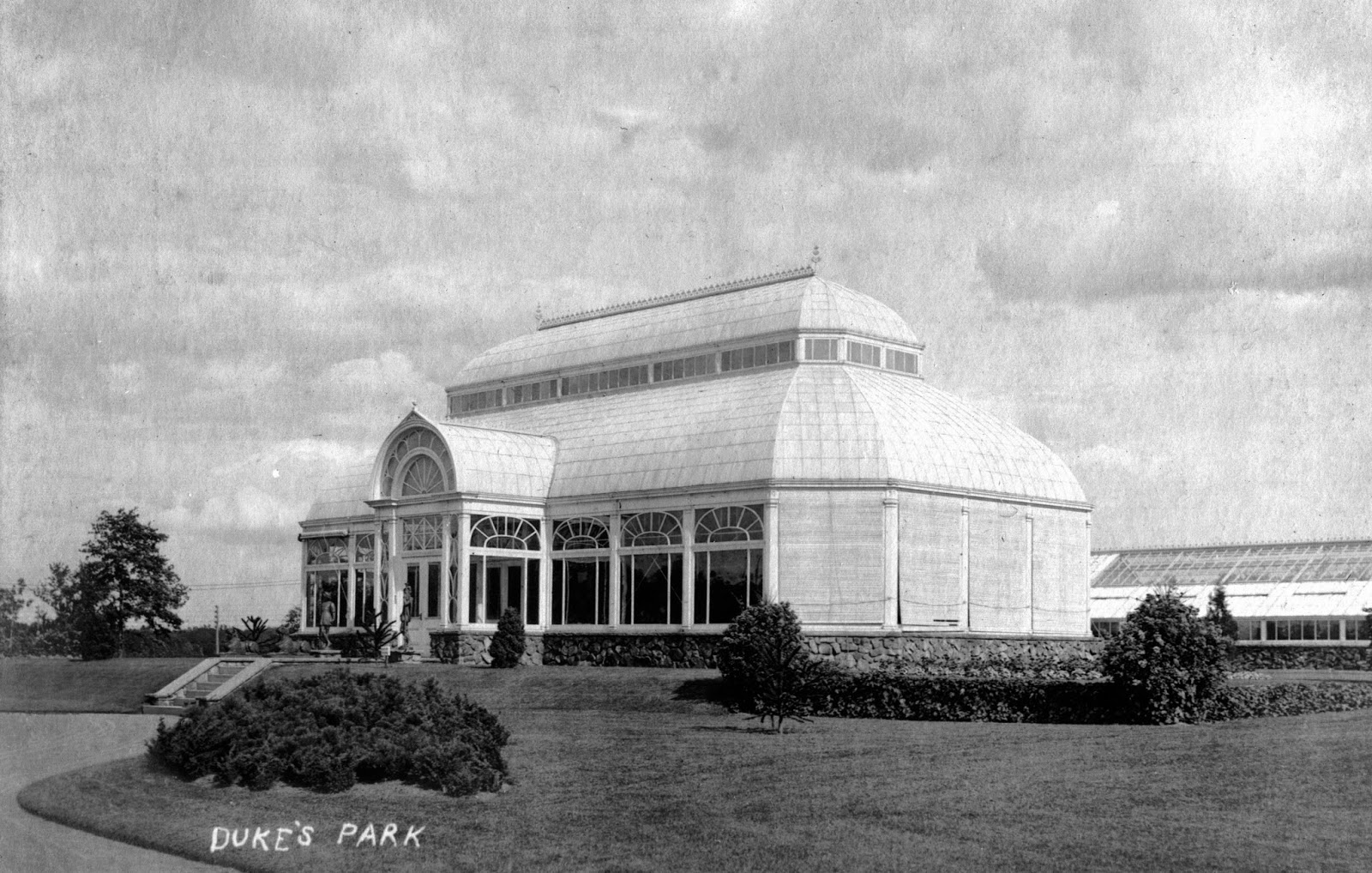 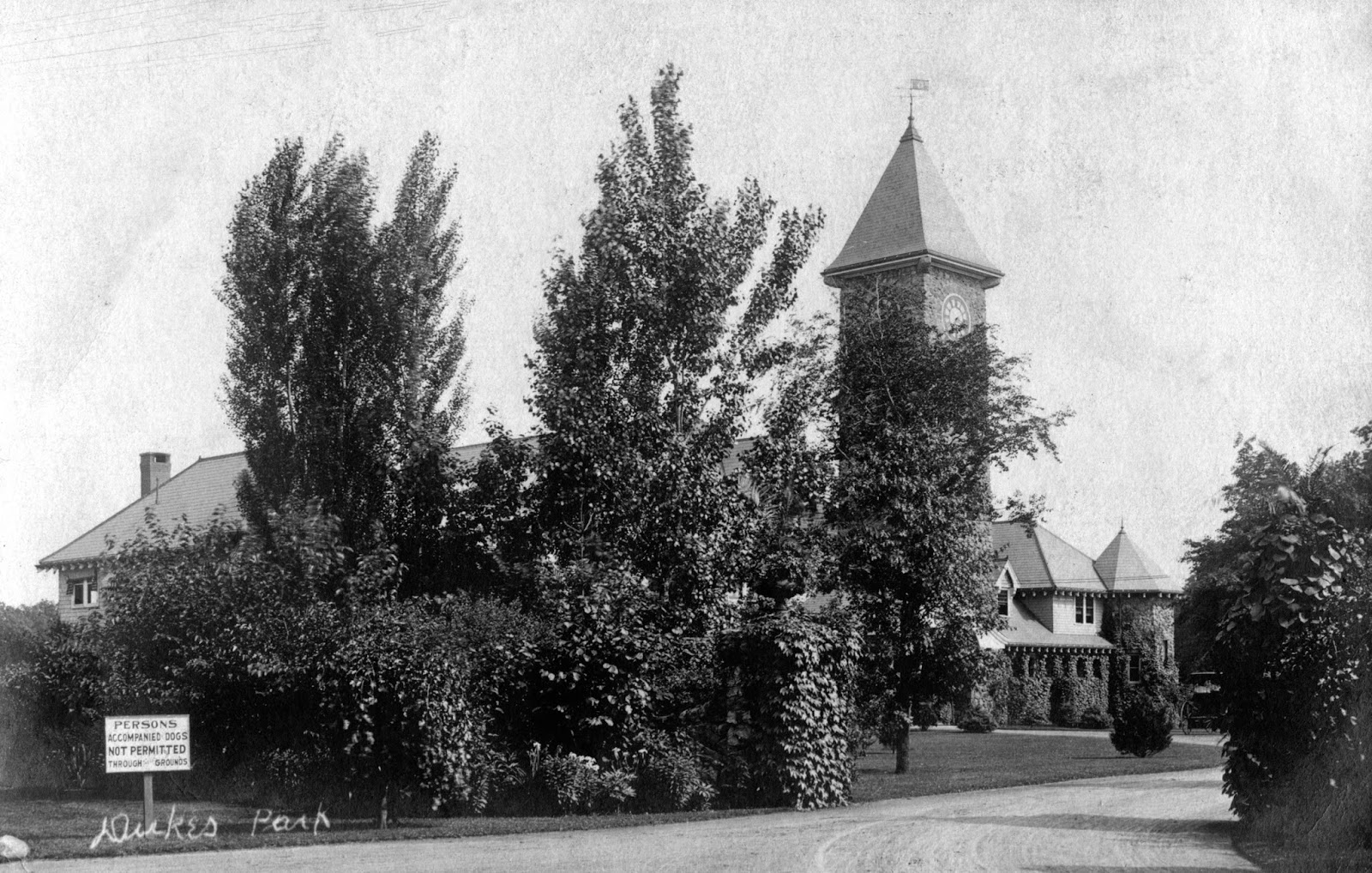 Posted by Greg Gillette at 2:59 PM