June 4, 1890, was a beautiful Spring day in Hillsborough. A perfect day for a carriage ride with your sweetheart. Or so thought William Dilley of Belle Mead. 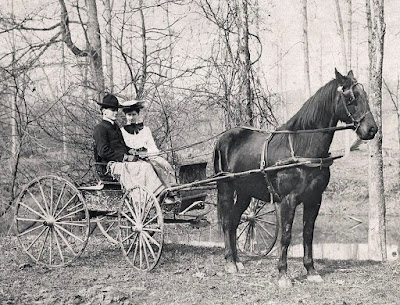 Mr. Dilley and his girlfriend began their outing in Belle Mead and followed the country roads out toward Millstone. We can be sure they discussed all of the current topics of the day - and with both of Mr. Dilley's hands on the reins and his eyes on the road, the young lady was quite comfortable being alone with her handsome beau. Surely she wouldn't need to defend herself on such a fine day!


As the couple neared Millstone, two young ruffians jumped out of the trees onto the road, stopping Mr. Dilley's horse and dragging him from the buggy. His stunned lover looked on as the brazen men demanded money and went through William's pockets.

Just then, the young woman put her hand inside the folds of her belt and produced the neatest little silver-mounted revolver, aimed squarely at the highwaymen and fired a shot through the coat of one of them and through the hat of the other. Certainly, all of her hours of target practice had paid off - a pretty girl can never be too prepared! 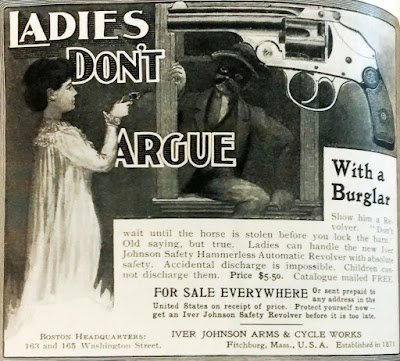 The assailants, who Mr. Dilley later identified as Larry Shine and Joe Barnington - two notorious characters from Millstone - fled into the woods.

When two constables went to Millstone the next morning with a warrant for their arrest, they were turned away by a mob of toughs. Perhaps the officers should have taken the plucky heroine with them!
Posted by Greg Gillette at 12:49 AM