Dr. Samuel H. Husted received his medical degree from the University of Maryland in 1929. In July 1930, he opened his own practice on North Bridge Street in Somerville. He was just 30 years old.
The Cumberland County, New Jersey native chose the right time to move north. In 1930, Dr. John E. Anderson of Neshanic was finishing up his 45th year as Somerset County's quintessential country doctor - and he was worn out. Beginning in the horse and buggy days of the mid-1880s, Dr. Anderson estimated that he regularly drove 30,000 miles a year over the unpaved country roads and byways of Hillsborough and the surrounding area caring for the sick and delivering babies - more than 2,000 of them. He didn't switch to an automobile until 1914.
He put out the word that he was looking for a young doctor to join him with the idea that this partner would take over the practice upon his retirement. Dr. S.H. Husted fit the bill perfectly, and by January of the next year he had taken over much of Dr. Anderson's work. In fact, by May Dr. Anderson and his wife had moved out of their home on Main Road across from the Neshanic Dutch Reformed Church - and Dr. Husted and his wife moved in.

Dr. Anderson continued seeing patients right up until his death in 1936 at the age of 74. For the next 17 years, Dr. Husted continued in much the same fashion as his predecessor - then he had an idea. 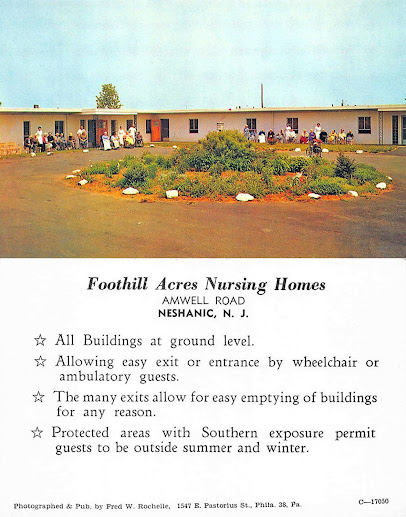 What Hillsborough and Somerset County could really use was a new modern nursing home. Not a convalescent home repurposed from an old house with substandard facilities, but a brand new building with the latest state-of-the-art equipment to care for the elderly and infirm. 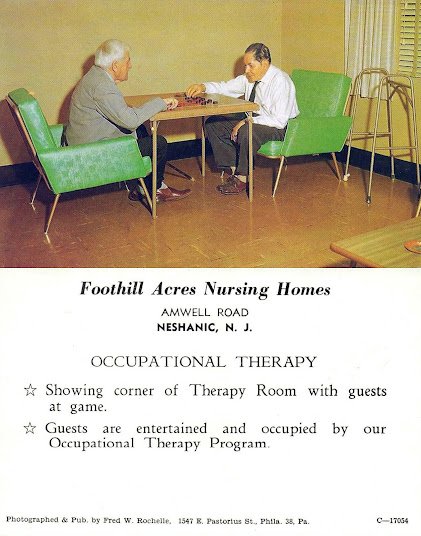 In 1953 he partnered with Somerville pharmacist Milton Kahn to build Foothill Acres on 8.5 acres on the Old Amwell Road (now designated as a continuation of East Mountain Road). The general contractor for the construction of the 76-bed facility was Walter Dietz. Jr. 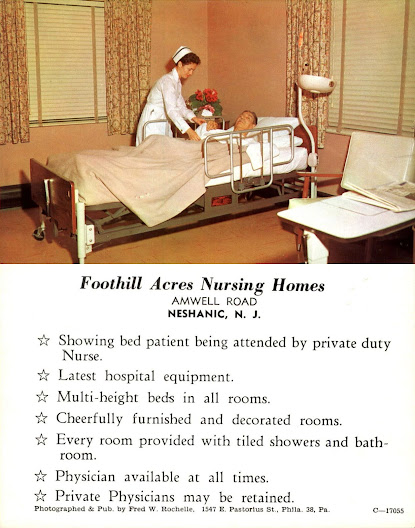 When Foothill Acres opened in October 1954, the Home News hailed it as "New Jersey's first completely fire resistant nursing and convalescent home. Dr. Husted saw Foothill Acres as not just a building, but as the embodiment of his philosophy that "the ill, the aged, and the infirm should have the opportunity to live as full a life as possible." His 90-year-old mother moved in as one of the first residents. 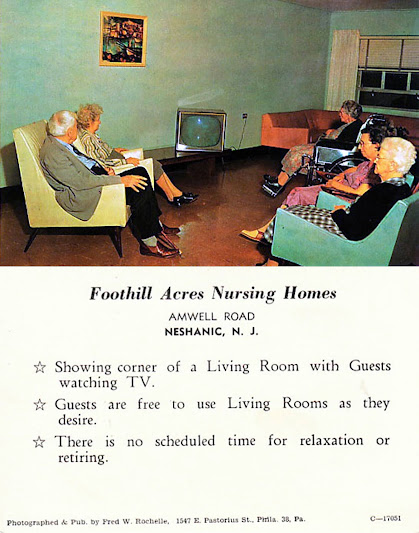 It was important to Dr. Husted that Foothill Acres be as "homey" as possible. They provided comfortable common living rooms, outdoor patios, and liberal visiting policies to try to make the residents comfortable. You can see some of the amenities in the series of postcards from the early 1960s. 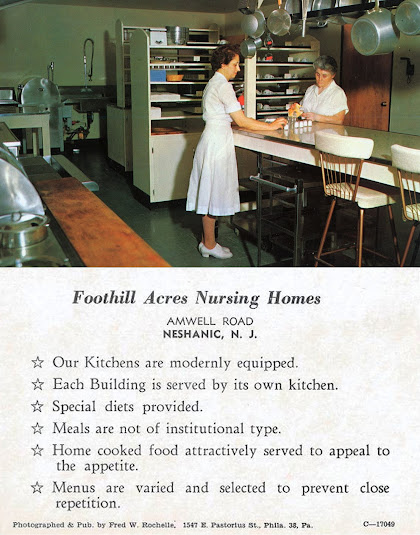 Foothill Acres underwent an expansion in 1958 and again in 1964 - two years after Dr. Husted's death. Amazingly, in 1962 - just a few months before Dr. Husted's passing - the Hillsborough Township Committee was desperately seeking another doctor to locate in Hillsborough as Dr. Husted was the only doctor servicing western Hillsborough. 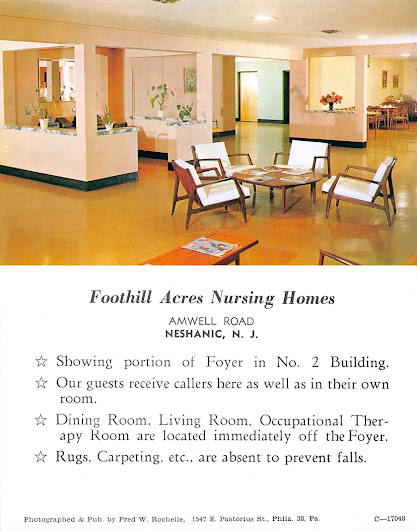 For the next 45 years, Foothill Acres remained frozen in time. While upgrades occurred inside, there was no major construction at the facility until they broke ground on a completely new building in 2009. 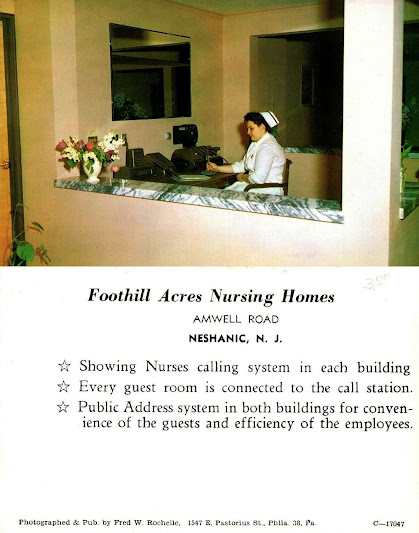 The new two-story building expanded capacity from 122 to 200 beds, and included many new features such as a subacute and rehabilitation are for people requiring a short-term stay, and an Alzheimer's wing. Director of Admissions Mary Ann Siebert told The Courier News, "We're established and we've had a great reputation over the years. That's something we're trying to maintain as we move into our new facility - that family, the homeyness, the great care." Dr. Husted couldn't have said it better himself. 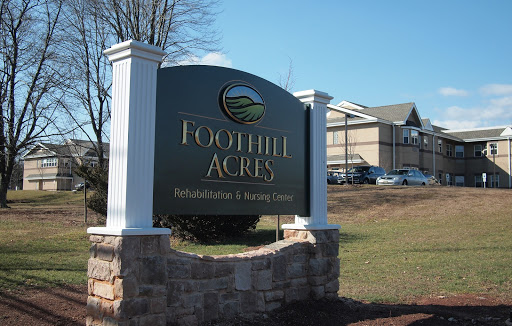