Two noteworthy township events over the last several weeks  - the renaming of the municipal building driveway and the dedication of Mountain View Park - seem interestingly linked in the lead up to Veteran's Day. 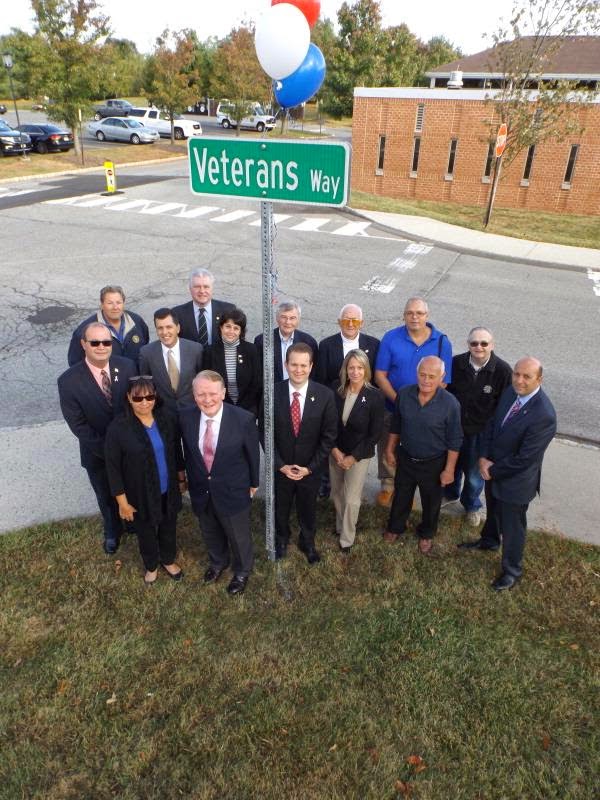 On October 10, Mayor Doug Tomson was joined by Congressman Leonard Lance, Assemblywoman Donna Simon, local and county officials, and members of the Rotary Club of Hillsborough at a ceremony to rename the driveway of the Peter J. Biondi Building "Veterans Way" as a fitting tribute to all those who have served our country. 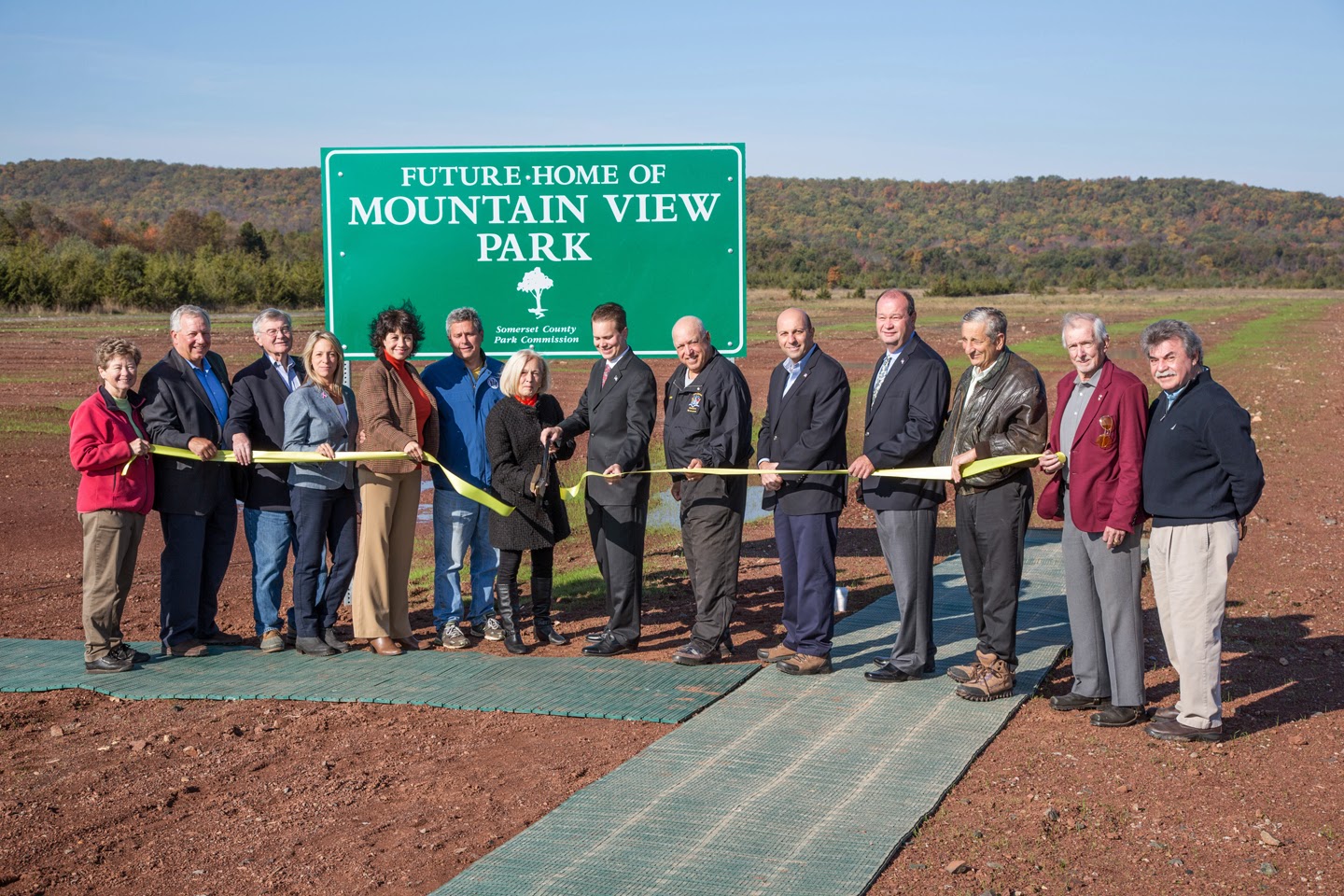 A couple of weeks later, Tomson, Simon, Freeholder Pat Walsh, members of the Somerset County Parks Commission, and others were photographed at the site of the Belle Mead GSA Depot for a ribbon-cutting to announce the beginning of the construction phase in the transformation of the depot into Somerset County's "Mountain View Park".


This second event was derided by some as being considerably less than newsworthy - nothing more than a pre-election photo op.  For me - and perhaps I missed an earlier announcement - the news was the name: "Mountain View Park".  I was unaware that a name had been chosen for the planned athletic complex.

The two ceremonies are linked because of their juxtaposition.  In the first case, a nondescript driveway is renamed in honor of our veterans.  In the second, the history of the nation's largest World War II era military supply depot is blotted out with one green billboard.

As someone who would have liked to have seen Auten Road School named Veterans Memorial School when it was built 15 years ago, I can and do support the renaming of the municipal building drive.  And I have no particular objection to the name "Mountain View Park". 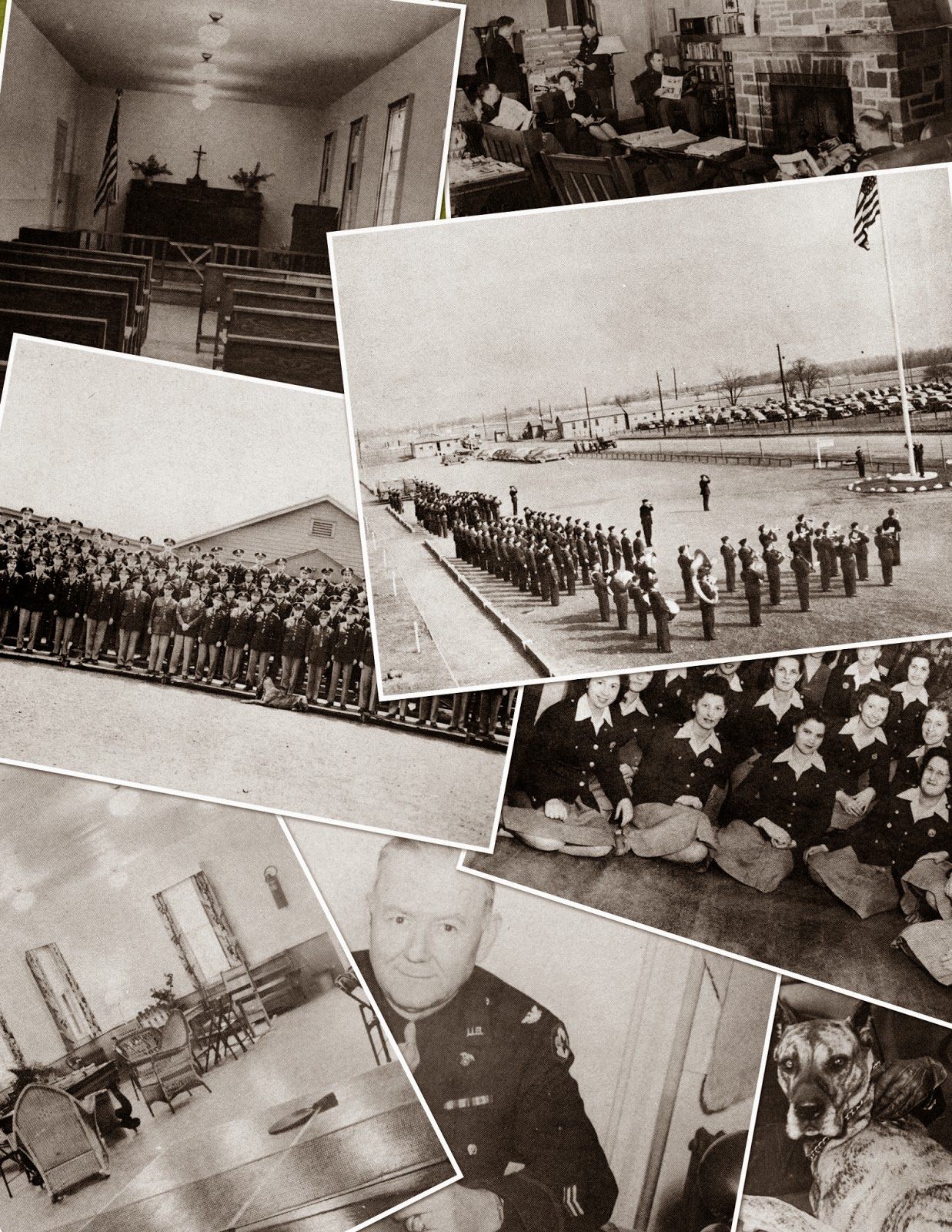 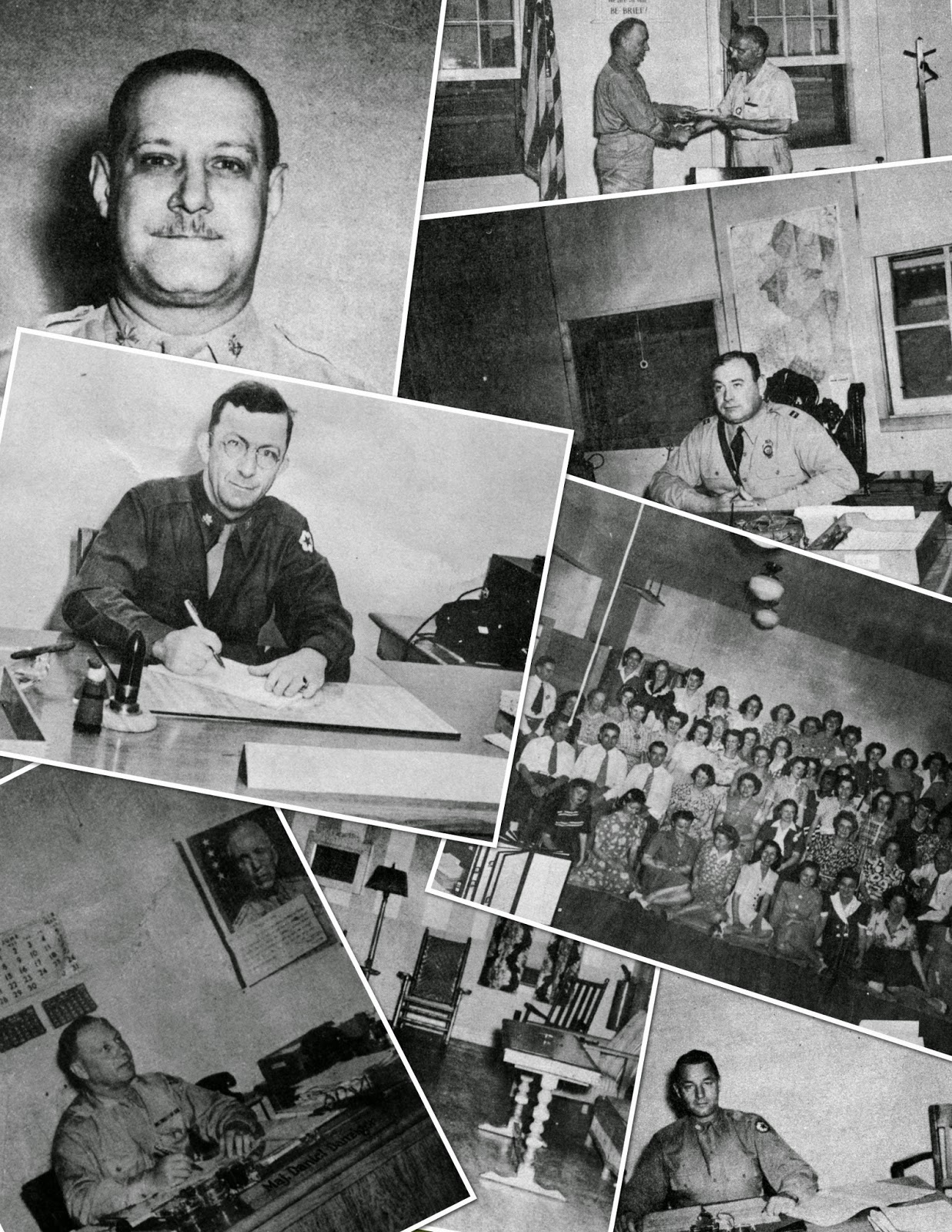 But as the citizens of the neighboring town of Raritan are justifiably proud and continually pay tribute to their greatest World War II hero, Sgt. John Basilone, with bridges and statues and parades, I would argue that Hillsborough's greatest World War II hero was the Belle Mead Army Service Forces Depot and, by association, all of the thousands of military and civilian personnel who were employed there during the war.

Let's be clear, the Belle Mead Depot wasn't just one of many dozens of supply depots scattered around the US in the 1940s.  Hillsborough's depot was the largest and greatest.  Its proximity to the New York and New Jersey ports made it THE vital classification way-point for overseas shipments.

It was no coincidence that reporters were allowed their very first access to the depot just one week before June 6, 1944.  The immense amount of war materiel  - not stored at the depot as much as continually moving through -  would have been enough to intimidate any opponent.  Much like the weigh-in before the championship bout, the sight of Belle Mead before D-Day was more than impressive. 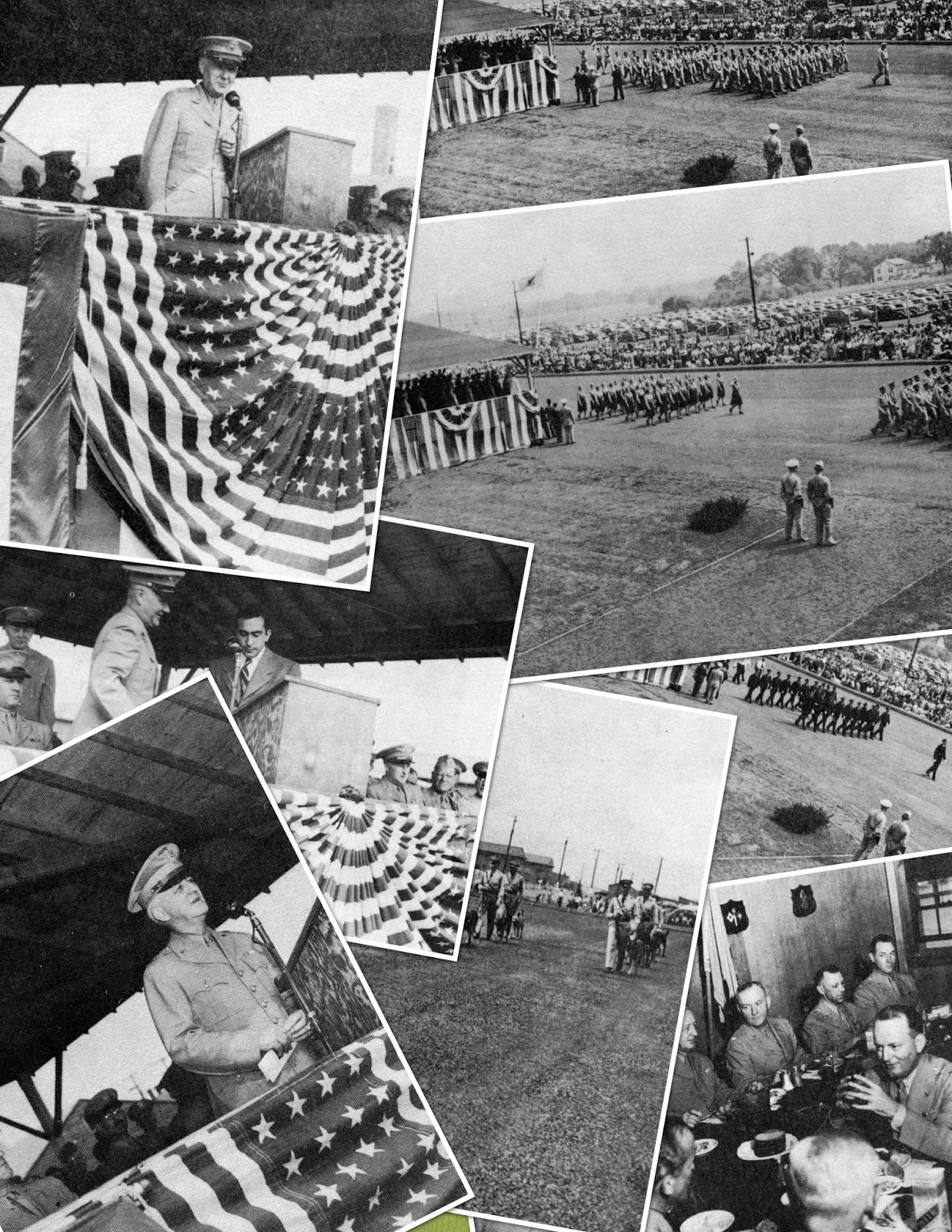 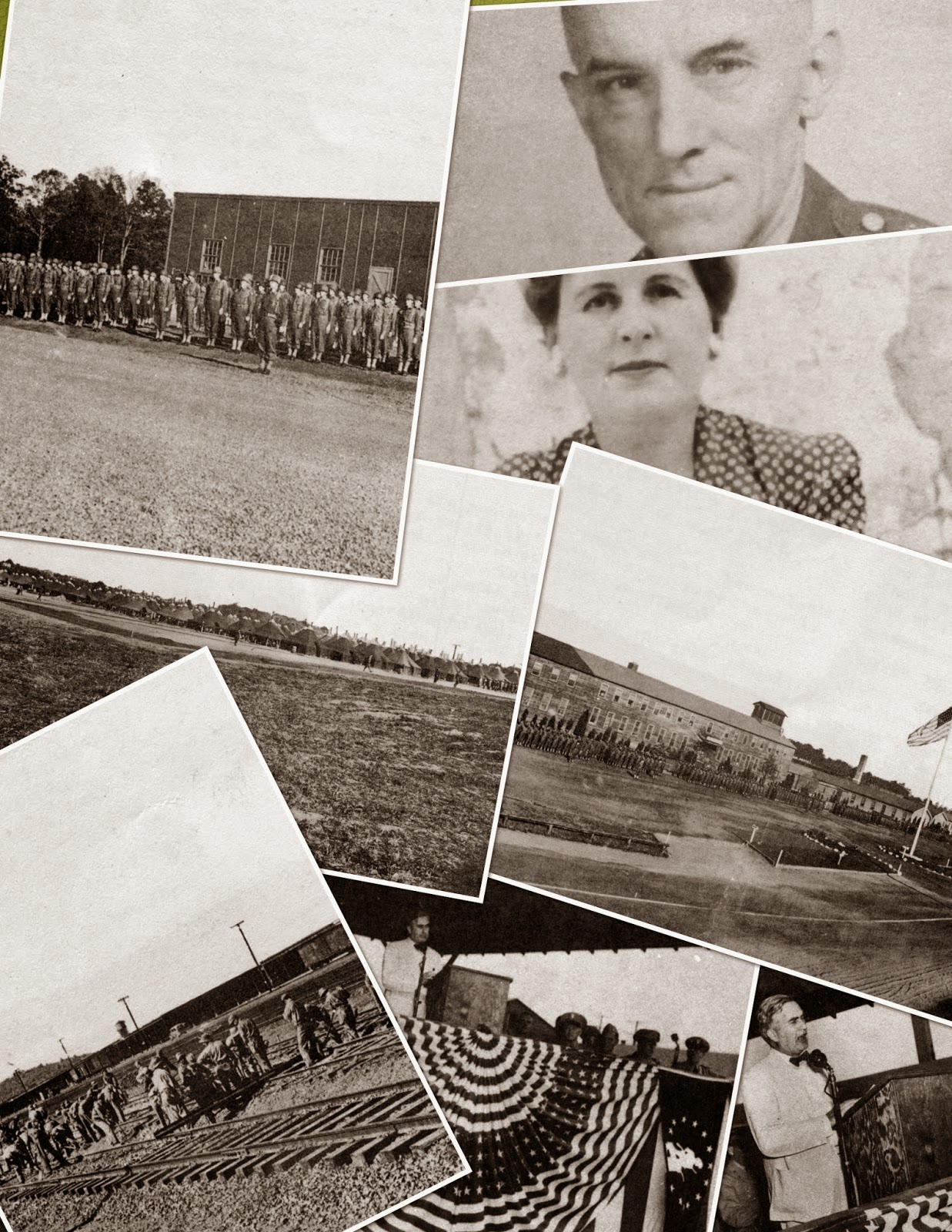 Let's keep alive the memories of the thousands of military and civilian personnel, many from Somerset County, who fought and won the war right here in Hillsborough.  Let's make sure that one of the construction phases of "Mountain View Park" includes, at least, an interpretive display of the history of the Belle Mead Army Service Forces Depot and the part it played in defeating fascism and preserving freedom and liberty in America and around the world.

Posted by Greg Gillette at 2:09 PM