This is a photo I took on January 3, 2009 just several days before the 5000 square foot two-story barn at the corner of Route 206 and Raider Boulevard was moved onto its new foundation. 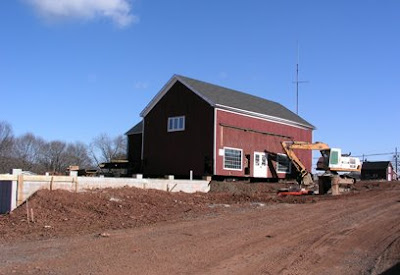 The barn dates back to the 19th century, and the carriage house visible in the distance was built in the mid 1700s. Can you make out the barn and carriage house in this 1931 aerial photo of the area? The road running north and south is Route 206 - called Route 31 back then - and Raider Boulevard would be in the vicinity of the black line that runs east-west through the photo. 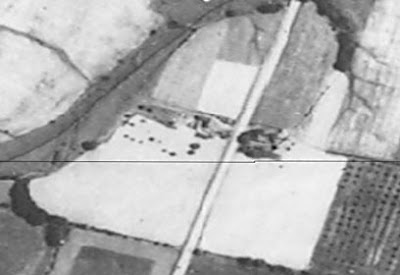 Both buildings will remain on the site, becoming part of the new retail-office complex. Read more here.
Posted by Greg Gillette at 11:59 PM