Last month, actress Marlo Thomas appeared on NBC's Today Show on behalf of St. Jude Children's Research Hospital, the Memphis research and treatment center dedicated to finding the cures for catastrophic diseases in children, founded by her father Danny Thomas in 1955.  The segment, which included a family who had been helped by the hospital, was wholly unremarkable save for one innocent remark by host Natalie Morales, followed by a brief retort by Ms. Thomas. Watch below.


“Colin’s story is just another example of the incredible work, the miracles that are performed at St. Jude…”

“It’s not a miracle though, it’s science. This is what we do at St. Jude…”


The exchange is mild, honest, and relevant - doctors absolutely deserve credit for their amazing work and the dedication that provides them with the insights necessary to advance towards the goal of eliminating childhood disease.  And the spot was the typical kind you see during the fundraising season.

I didn't give this incident a second thought until I began to see the exchange pop up on Facebook and various blogs as a triumphant thumb to the eye of religion.  Are atheists really applauding this? Does the St. Jude Children's Research Hospital want talk of miracles banished from their bio?  That's weird.

Here's an excerpt from the Hospital's web site:

More than 70 years ago, Danny Thomas, then a struggling young entertainer with a baby on the way, visited a Detroit church and was so moved during the Mass, he placed his last $7 in the collection box. When he realized what he’d done, Danny prayed for a way to pay the looming hospital bills. The next day, he was offered a small part that would pay 10 times the amount he’d given to the church. Danny had experienced the power of prayer.


A couple of years later, doing better but still struggling, Danny Thomas prayed to St. Jude, one of the twelve apostles and the patron saint of hopeless causes, promising that if he found his way, he would one day build a shrine to St. Jude.  A decade later, after achieving international stardom, that shrine took the form of the famous research hospital named in honor of the martyred saint. 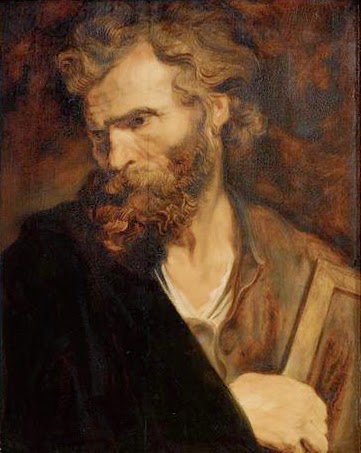 I would ask nonbelievers to take a break from their victory lap to compose a letter to Marlo Thomas, asking her to remove any mention of St. Jude from the hospital and charitable foundation that bears his name.  My suggestion would be to rename it Atheist Scientific Doctor Children's Research Hospital.

Just watch the donations pour in then.
Posted by Greg Gillette at 4:38 PM