[Amazingly, everything we know today about the Old Red School House is due to the reminiscences of Governor Peter Dumont Vroom. He was the youngest student in the very first class taught at the school in 1796. His remembrances were collected in Abraham Messler's 1899 book First Things in Old Somerset.]

Master Warburton was a "kind and affectionate" teacher. Look not to the neatly trimmed birch rod resting against the side of his leather armchair in the corner of the room, but rather be reminded of the fact that he sometimes pretended not to see that the last grains of sand had slipped through to the bottom of the hourglass signaling the end of midday recess.


An Englishman by birth, past middle age but not elderly, John Warburton was the first teacher at Hillsborough Township's Old Red School House. The one-room school, twenty-four feet square, finely built with one door and few windows, was notable for its red paint with white trim. This was Master Warburton's domain. Built on a little knoll on a sliver of land between River Road and the Raritan east of Beekman Lane in 1795, the school was also his home.

In those days, the little stream which runs northward through the fields and under the road by way of a large diameter steel pipe before exiting to the Raritan, flowed year-round and had a name - The Pawnepack. The little schoolhouse with its chimney on one end was just to the west of this tributary. Inside, the smallest students sat on rows of backless benches, while those who could read and write and work out their arithmetic problems sat on similar benches on each side of a long table. Two smaller tables, each at a different height for those just learning to write, were placed at the front of the room near the master's aforementioned chair. The only other adornment, aside from the large fireplace at the back wall, was the trap door in the ceiling.


It was customary for teachers to board week by week at the homes of their students. This arrangement made it possible for the farmers to afford to pay a good teacher, who otherwise would need a salary commensurate with the expenses of keeping a home. In this Master Warburton was the exception. He preferred at all times to make his home in the schoolhouse. Each Sunday morning he would arrive at the home of one of his pupils and enjoy breakfast with the family. Before leaving, he would fill his wicker basket with provisions for the week, and a quart bottle with milk. A fresh quart of milk would be brought to the master each school day by one of his students, along with assorted foodstuffs as required.


Master Warburton only taught subjects that he knew well - no history or geography or higher mathematics. He relied solely on four texts - Dilworth's Spelling and Arithmetic books, The New England Primer, and the Bible. At recess, children played along the Pawnepack and in clearings on both sides of River Road - no traffic in those days. Then it was back to class. 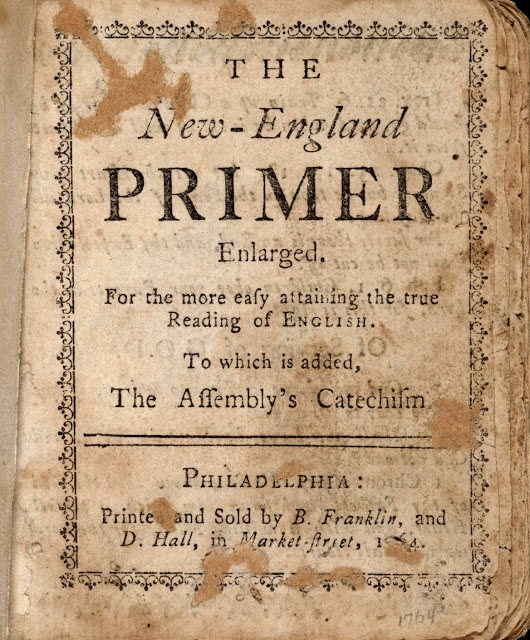 In the evening, Master Warburton pulled two long benches together, and by placing blankets upon them made up his bed for the night. His private place was up through the trap door into the garret. This is where he kept his few small possessions and secreted away his earnings - a portion of which he dutifully sent to his elderly parents in England. At a time when everyone went to church, no one ever saw the Master in attendance. It was supposed that, being English, as opposed to most of his charges who were of Dutch descent, that he observed the ways of the Church of England, and that one of the fancy books on the table near his chair was the Book of Common Prayer - though no one ever knew for sure.


After many years at The Old Red School House, changing demographics and newly constructed schools in the area forced John Warburton to move on. He taught for a while at another school in the vicinity, eventually using his savings to retire to a small parcel in the hills north of Somerville, where he built a small house and lived out the last years of his life.

The Old Red School House stood on the banks of the Raritan for many years afterward - sometimes pressed into service again as a school, or a Sunday-school. Without regular use, the paint began to peel and chip, the clapboards loosened up, and the changing banks of the river washed the land away until the building was only a memory.