It's Good to Be Irish, Even if You're Not

George Sadowski was used to the knocks at the door of his home - day and night - and the frequent inquiries and phone calls at his tailor shop. All seeking the whereabouts of one improbably popular local figure, Jimmy O'Neill. Why were people searching for Jimmy in the Polish-Lithuanian-Ukranian neighborhoods of Williamsburg, Brooklyn? Because Jimmy O'Neill was George's son! 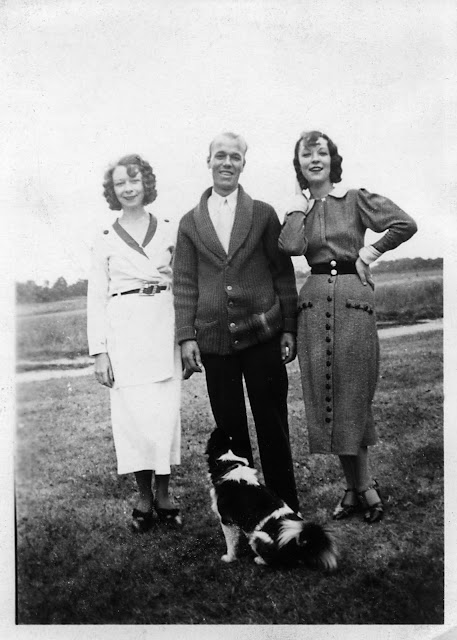 Stepson, actually. But it's more complicated than that. George was married to Jimmy's mother, the former Elizabeth Obellinas, widow of Jimmy's father, Joseph Bielauskas. So how did the son of Lithuanian immigrant parents in 1920s era Brooklyn turn into the handsome Irish ladies man Jimmy O'Neill?

Jimmy was born Anthony Bielauskas on March 19, 1908 - just two days after St. Patrick's Day. The son of a laborer and harried homemaker, young Tony was like most other immigrant children in the neighborhood - learning to swim in the East River, playing baseball in the vacant lots, getting along at school - proud of his graduation from 8th grade. All that time, never realizing that there was an Irishman inside him waiting to get out.

It was the dance halls that did it. How did those Irish guys get all the girls? He was a better dancer than any of them, and just as handsome - not tall, but neat and fair with blue eyes and blond hair. All Tony needed was a new name. And maybe something else.

Changing your persona is all in the details. And there don't have to be many. Just one key item can make all the difference in the world. For the newly christened Jimmy O'Neill, that one item was a belt buckle, proudly emblazoned with the initials "JN".

For a man who in his later years said that he had missed his calling - he should have become a gigolo instead of a machinist! - that belt buckle must have been one prized possession!

And for a mother and stepfather who had to ashamedly admit that, yes, Jimmy O'Neill was their son, it should have come as no surprise that you don't have to wait until St. Patrick's Day to be Irish. With a little luck and a good plan, you can be Irish all year long.
Posted by Greg Gillette at 11:59 PM