A sojourn to Duke Farms would be incomplete without a visit to the Hay Barn.  One of "Duke's Park's" original structures, the building was consumed by fire in 1915, leaving just the stone and brick walls.  Decades later, Doris Duke collected many of the marble statues from around the estate inside the open-roofed structure, creating a contemplative sculpture garden.

I never gave the figures much thought until I came across the circa 1918 postcard pictured below. The photo shows a grouping of four marble sculptures surrounding a centerpiece consisting of three joined figures.

I immediately recognized the centerpiece as the Three Graces, which adorned the Italian Garden section of Duke Gardens, Doris Duke's indoor display gardens that were open to the public between 1964 and 2008.  The figure on the far right of the postcard also featured in the Italian Garden -somewhat obscured by the plant in the photo below from Wikipedia - and the girl playing the harp was re-purposed for the Gardens too.

Upon closer inspection, I realized the two on the left in the postcard are in the Hay Barn today, albeit deprived of their pedestals, as are all of the Hay Barn sculptures.  I photographed these earlier this week. 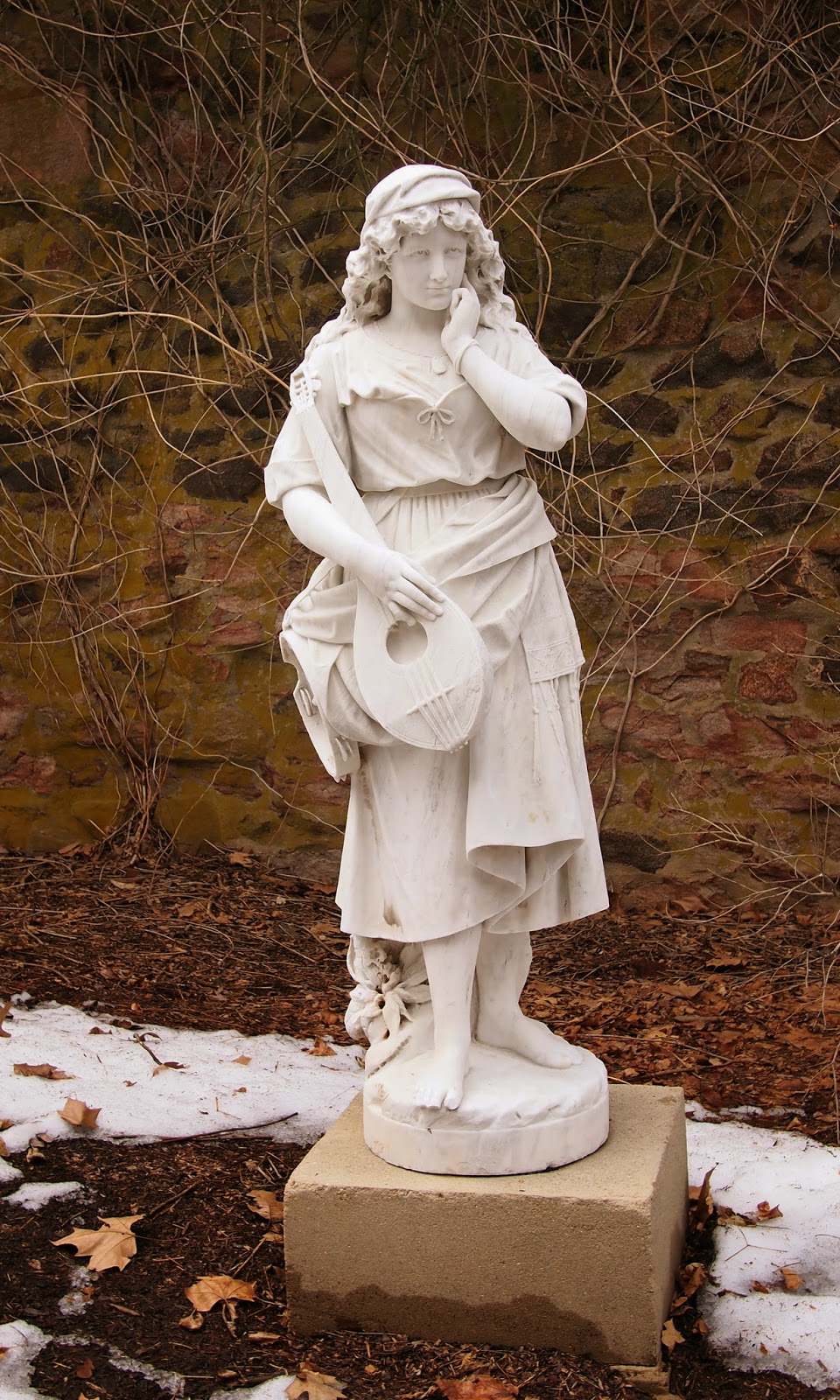 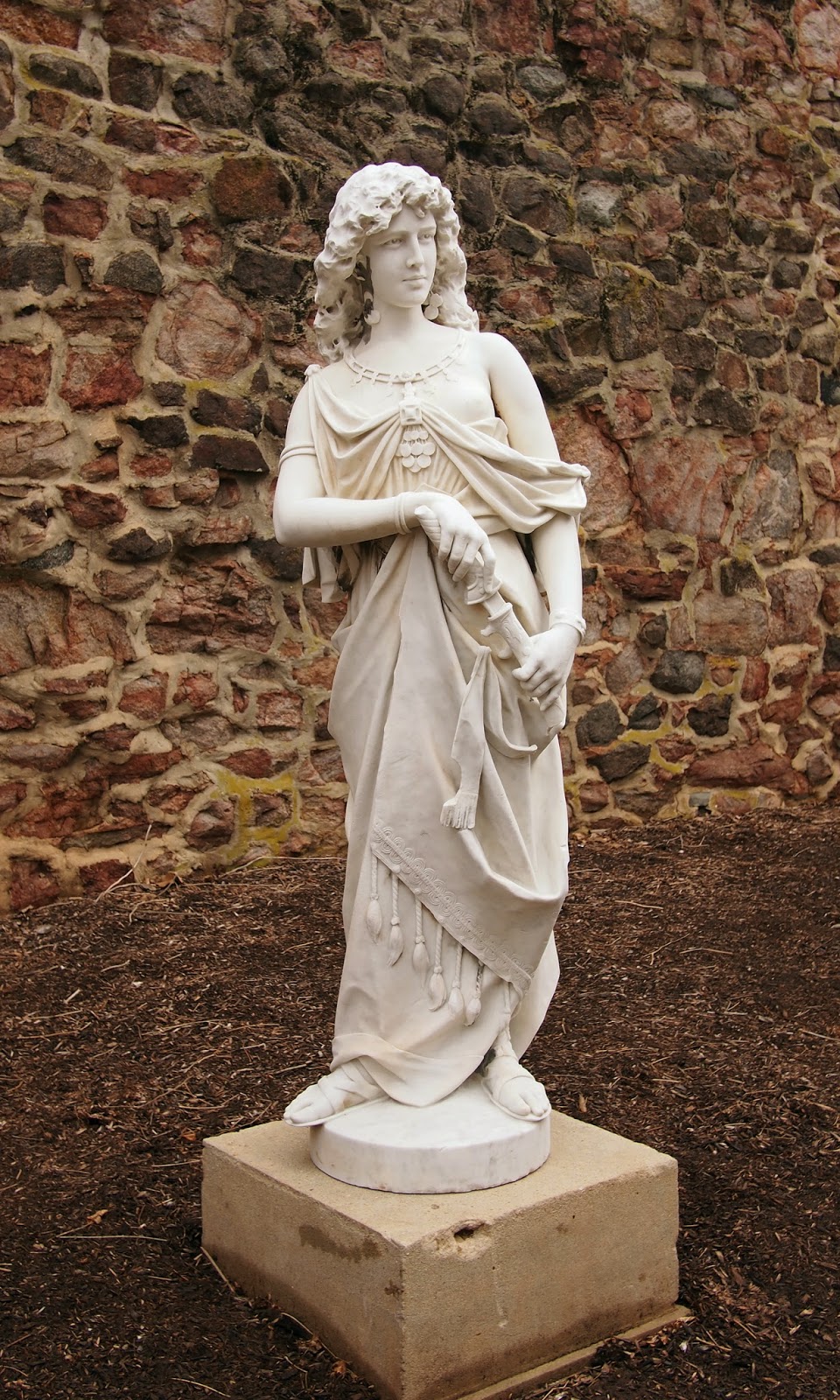 At least two sculptures at Duke Farms retains their proper pedestals - the boy with the violin across the road from the Orchid Range and the boy sitting with his shoes off (and feet missing!) just down the path near the lake. 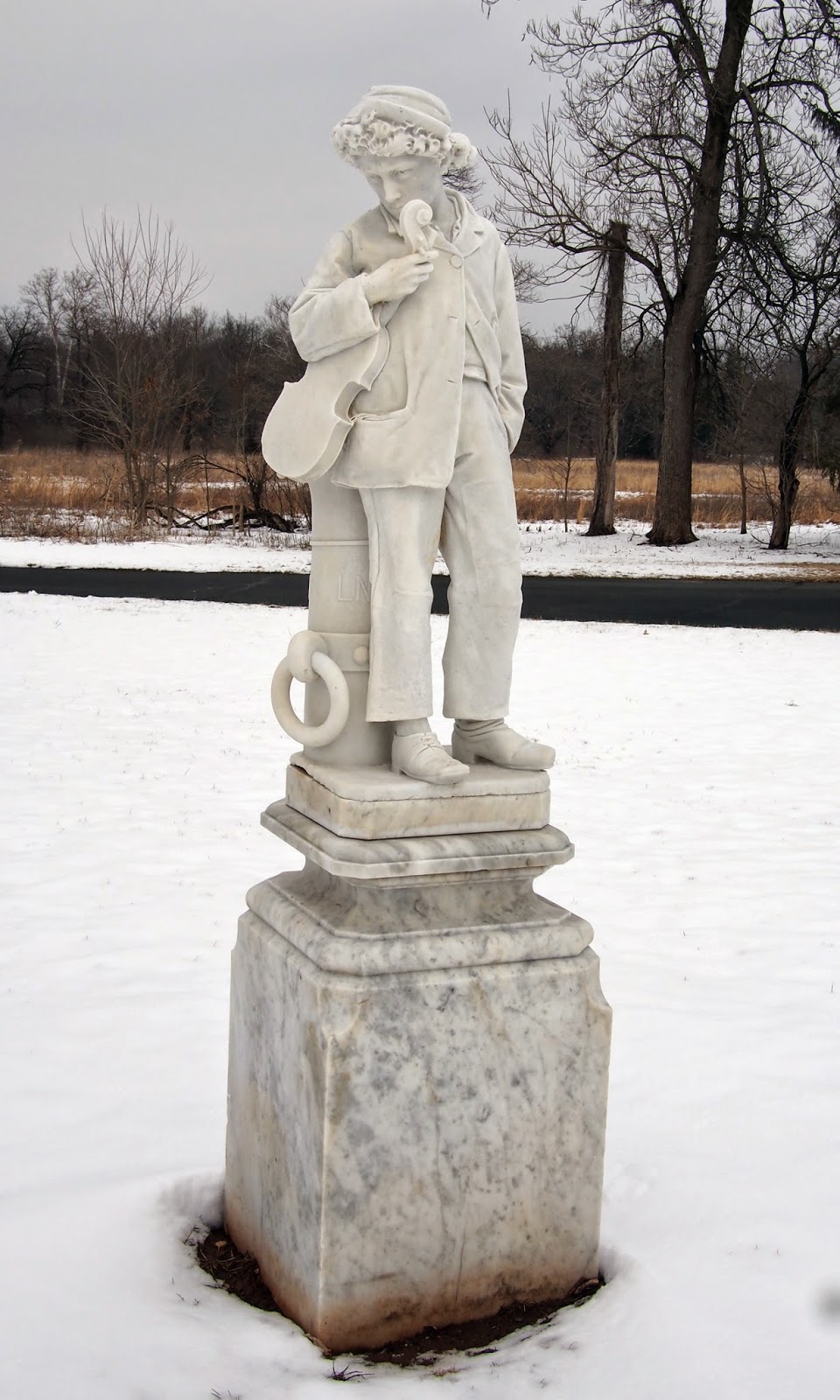 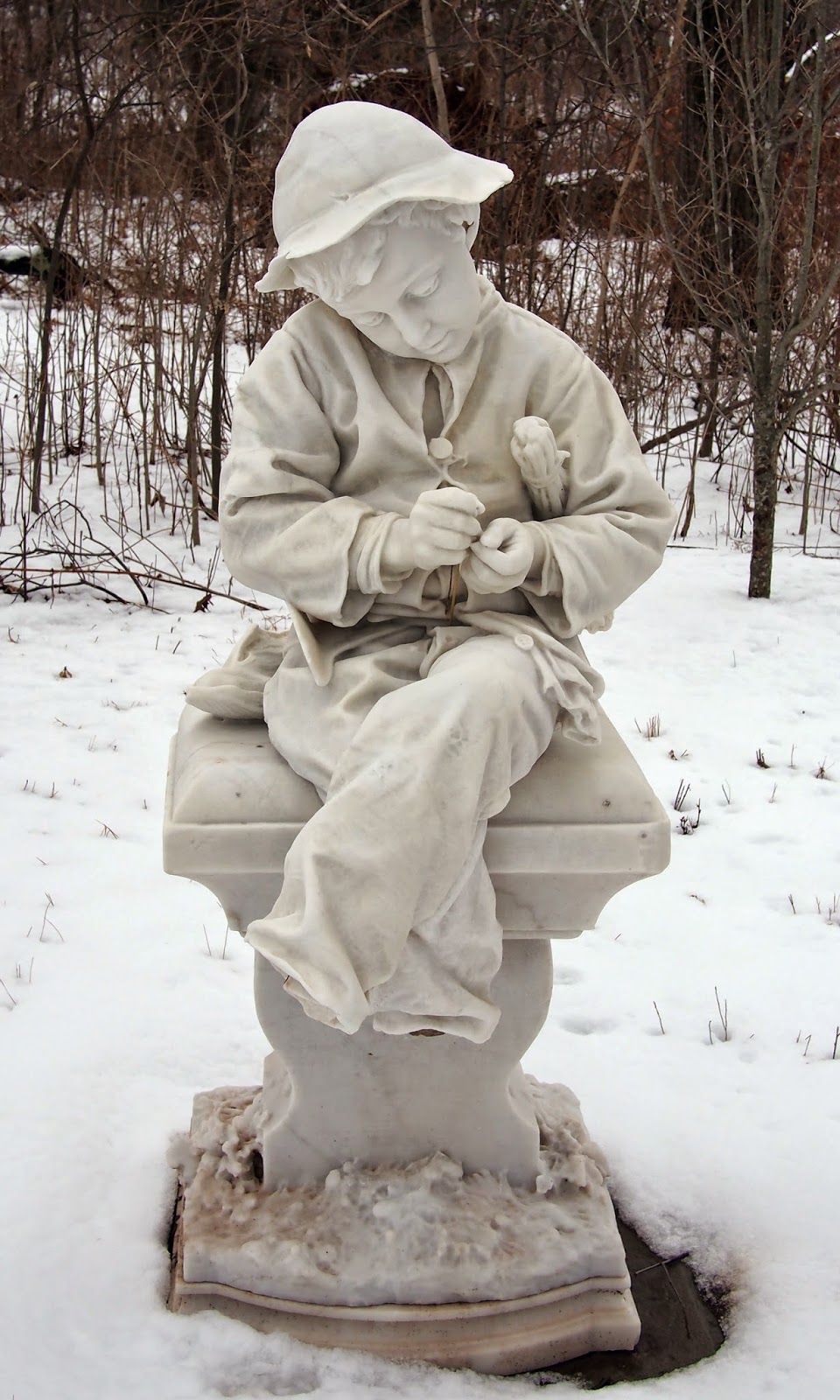 Sculptures, both marbles and bronzes (which I will write about soon), were commissioned and brought to the United States from Europe by J.B. Duke at great expense. It is a shame that so little information about them is available today. Below are the rest of the sculptures currently on display in the Hay Barn.  Perhaps a knowledgeable reader will provide additional information about these fine works of art. 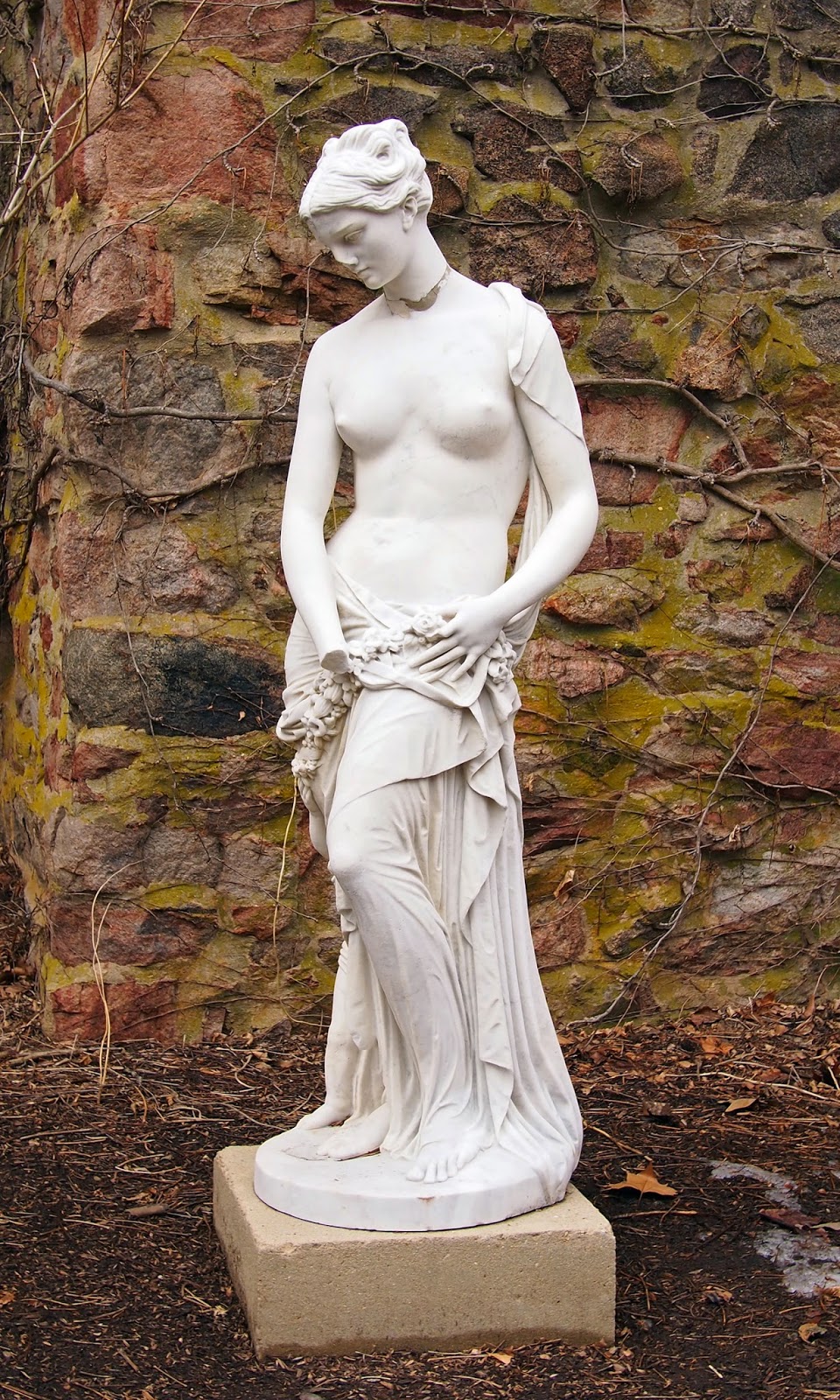 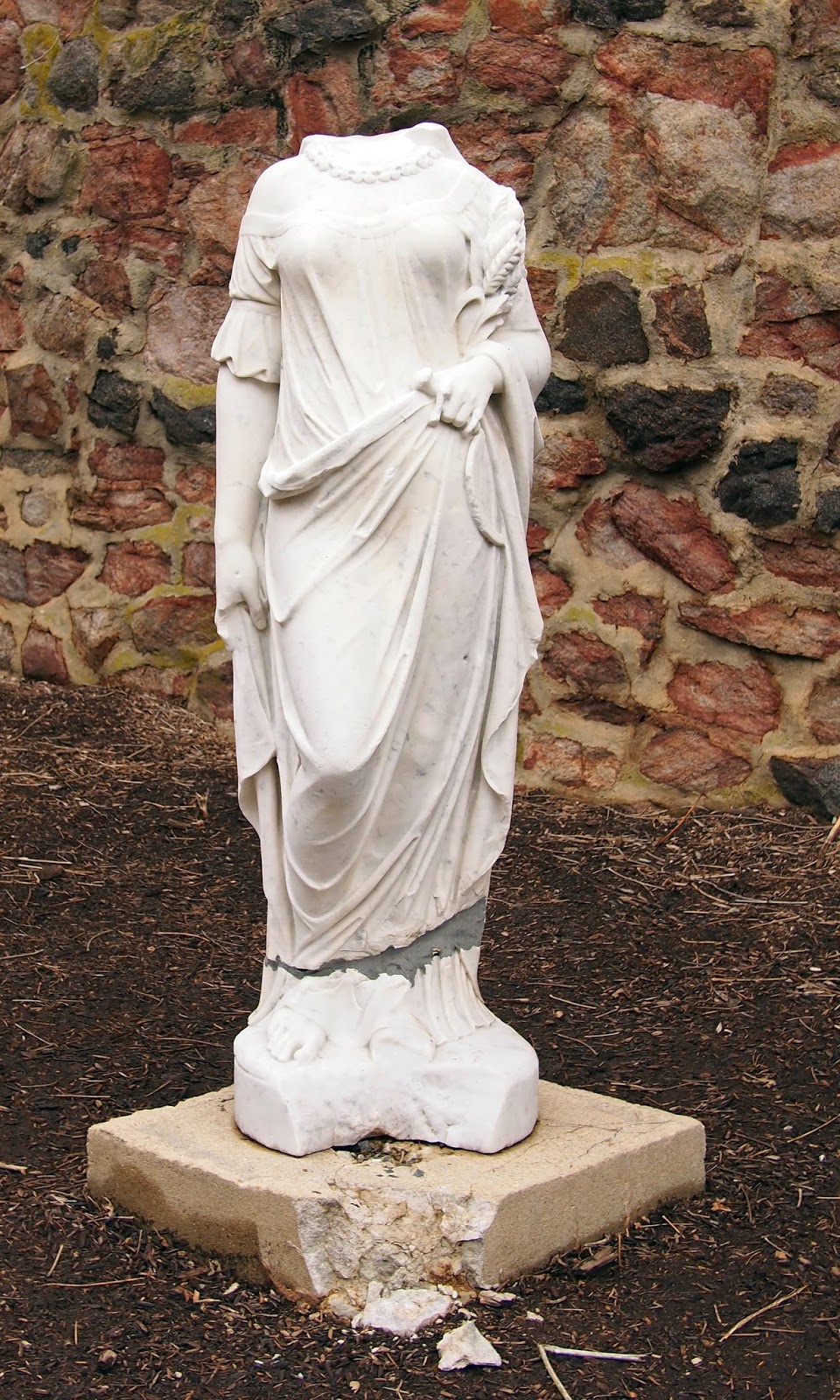 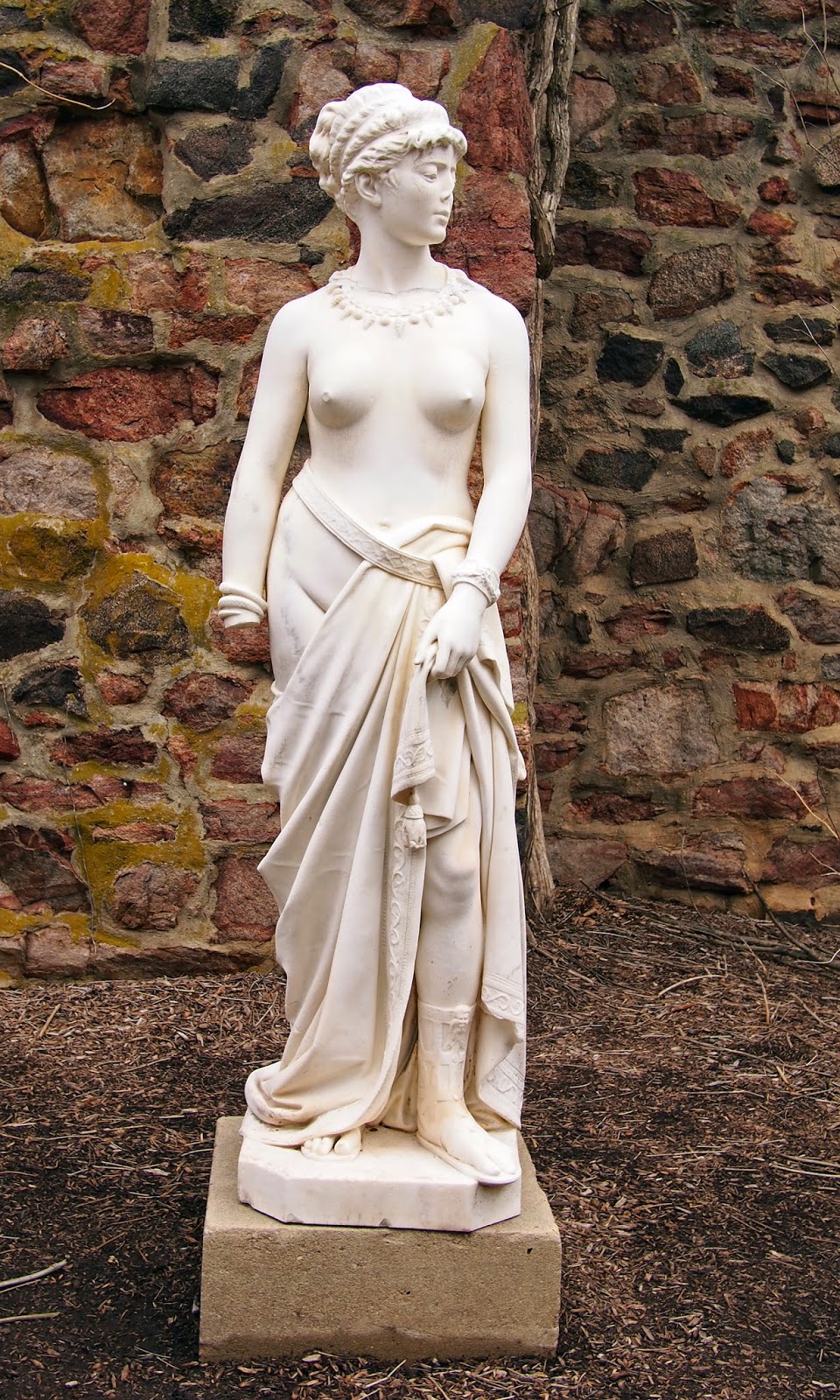 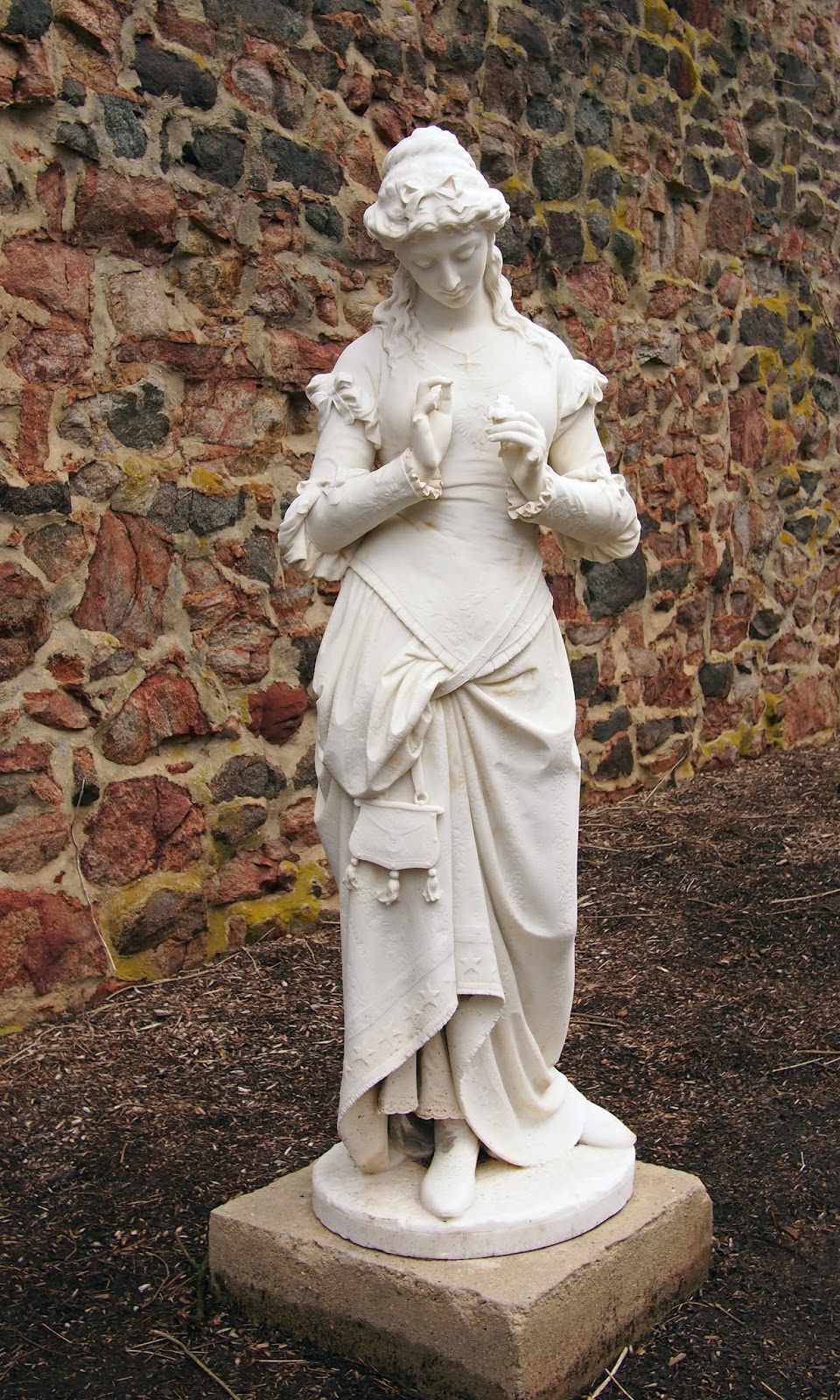 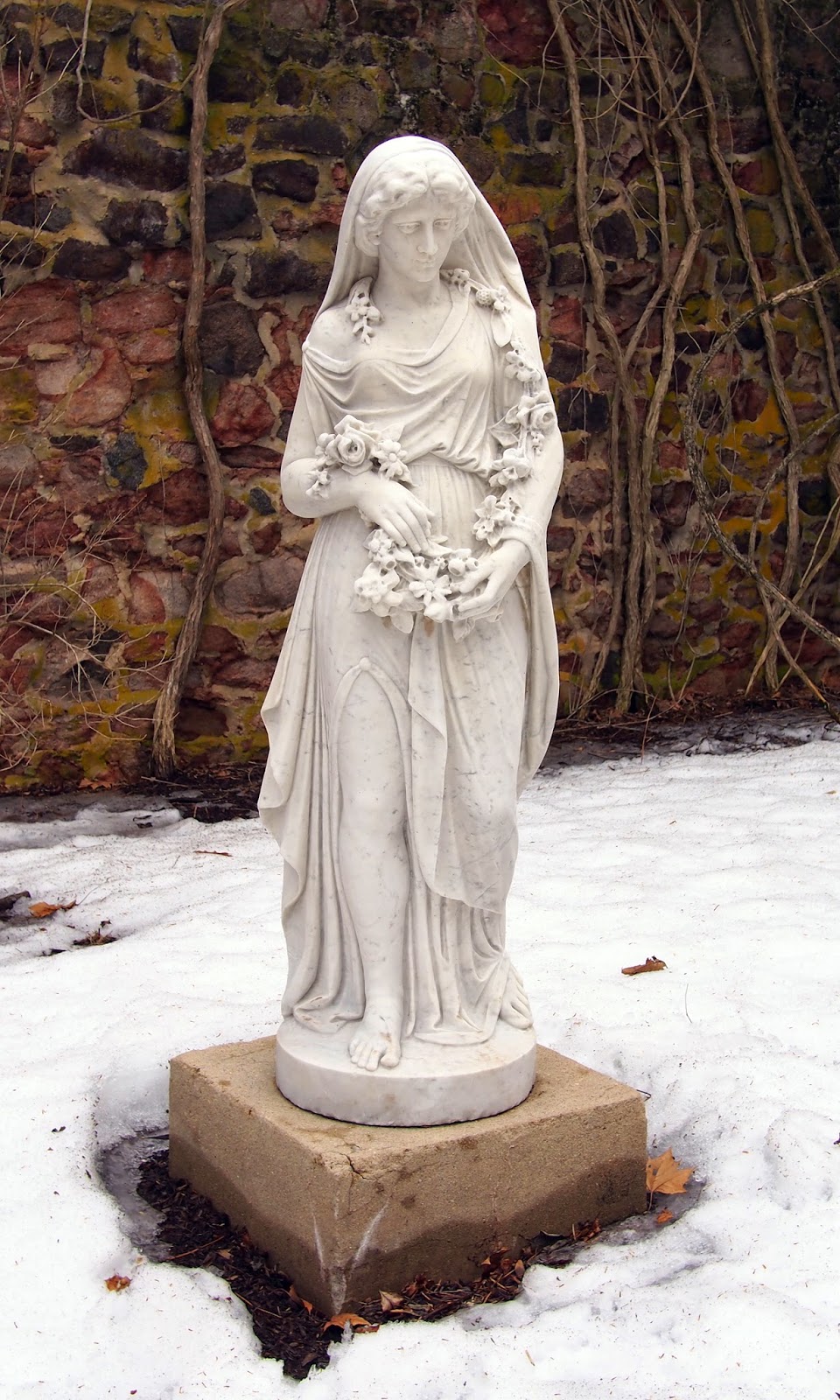 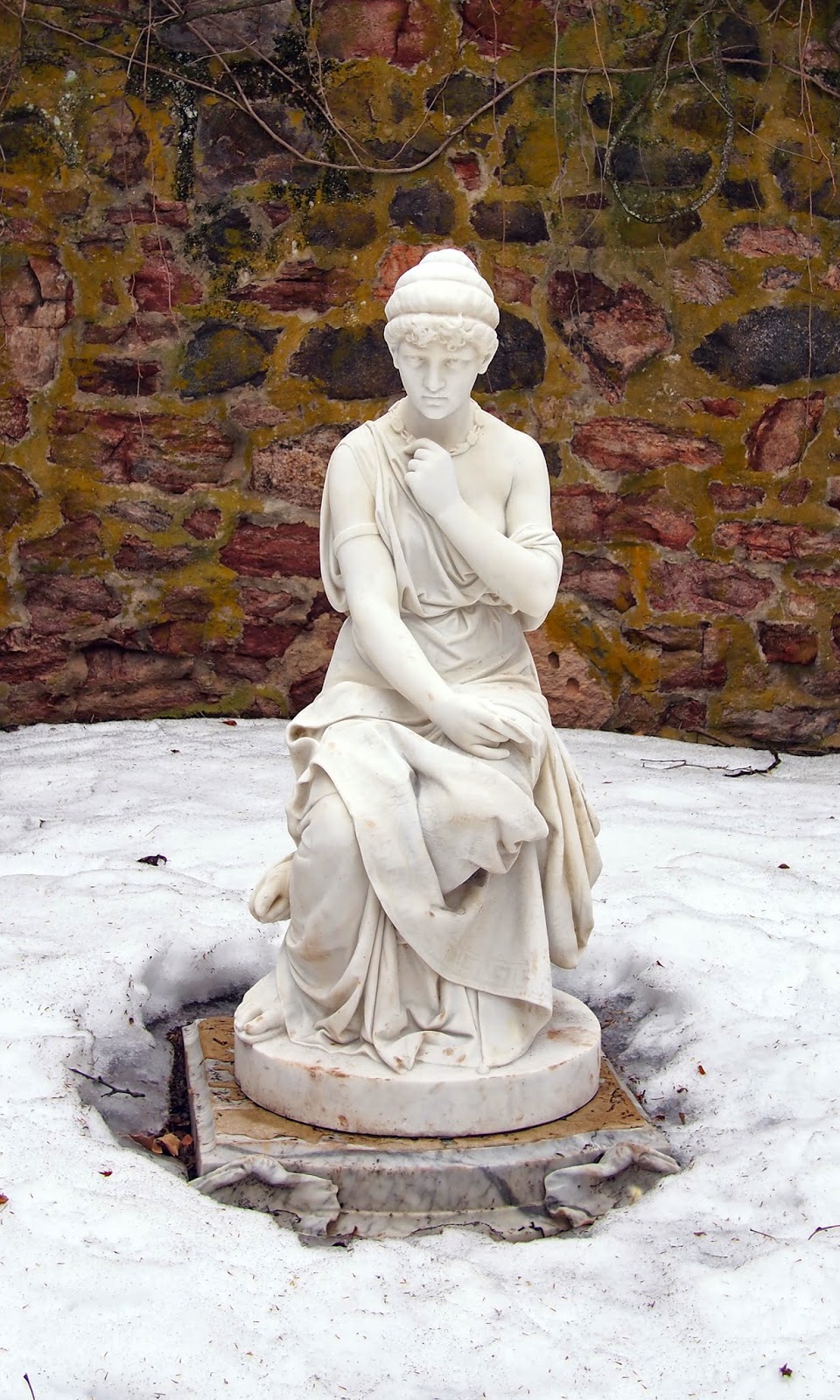 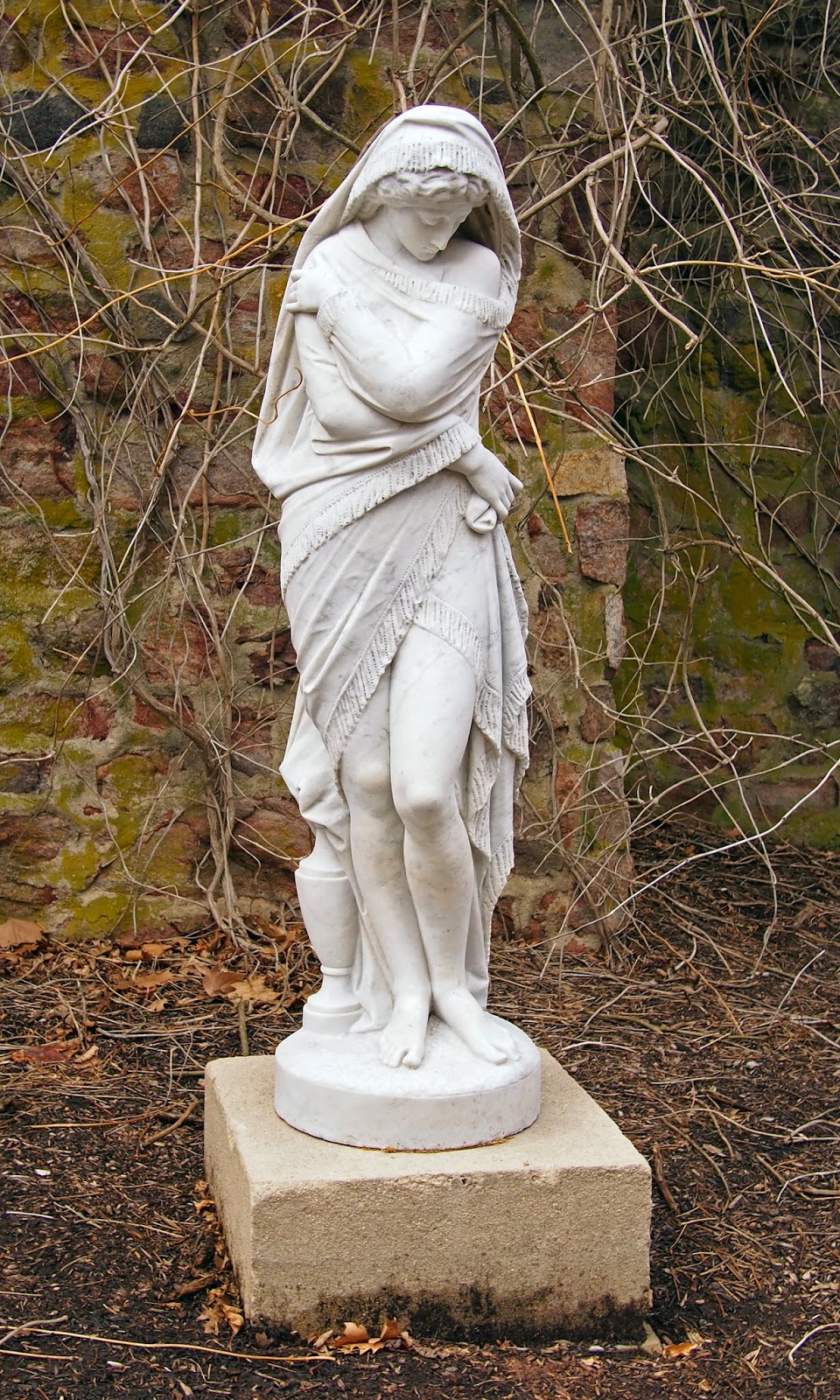 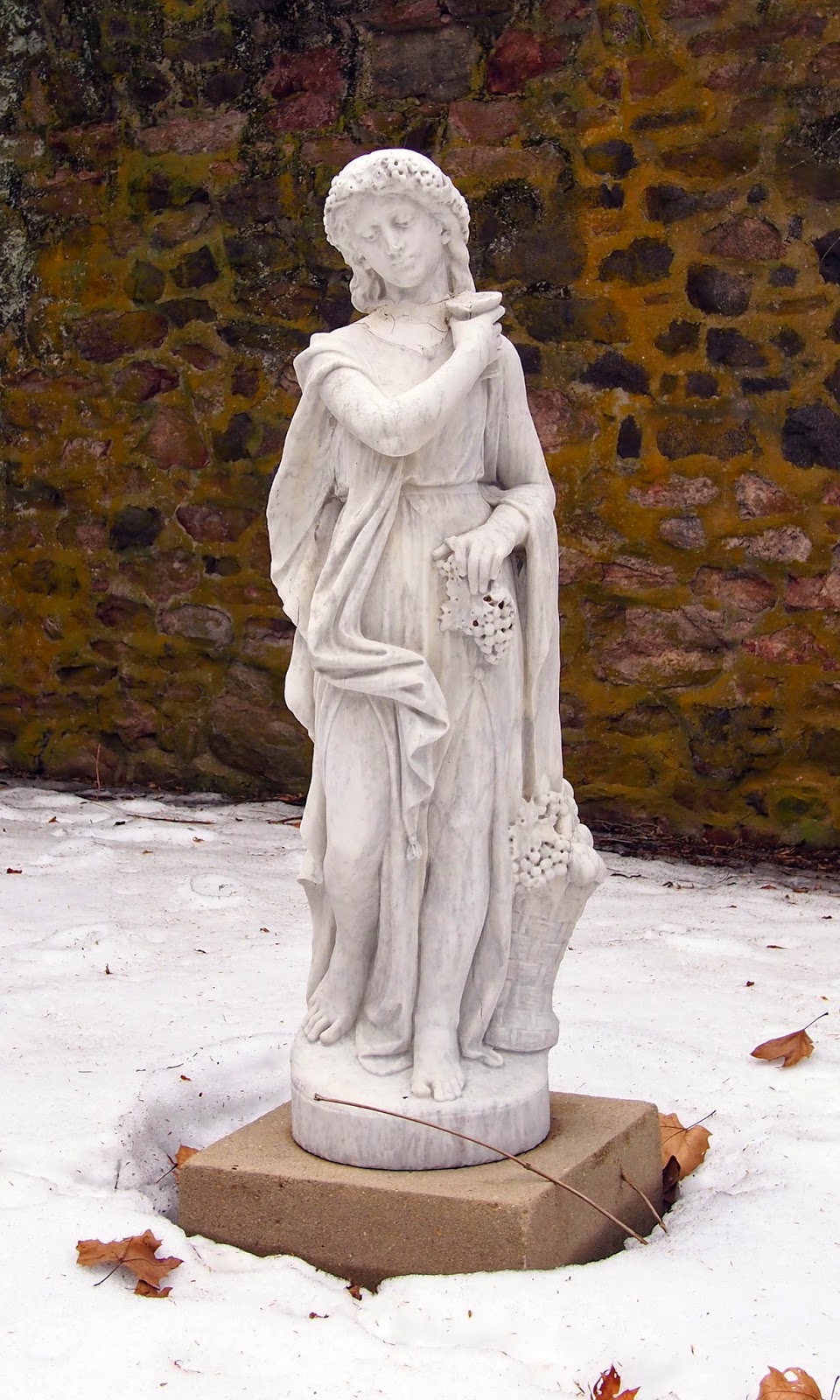 Posted by Greg Gillette at 7:00 AM