Serious hikers, like those that have completed the 2175 mile Appalachian Trail, report that it is possible to "hike yourself into shape". That means beginning in Georgia in less than optimal physical condition, and, through the daily rigors of the hike - and a little willpower - finishing in Maine five months later in prime shape - ready to go another 2000 miles.

That is what I had in mind when we began our own seven day odyssey in Walt Disney World last week. Four theme parks, Downtown Disney, the Boardwalk - so what if I hadn't trained for this trip, by the end of the week I would have walked myself into better shape than I have been in years. All it would take was some determination and a good pair of sneakers.
Boy, was I wrong! 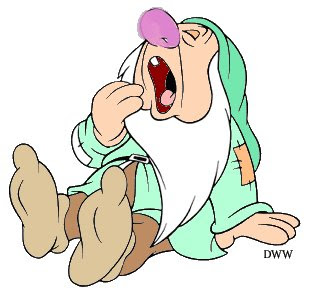 At the end of the first day I was wiped out! At the end of the second day I began to envy the people riding those motorized scooters around Epcot. By the third day I was ready to jump into the kids' stroller.
There's just no way to take a six-year-old and a nine-year-old to Disney World without coming out worse than you went in. Willpower has nothing to do with it. Not even a basket full of Fast Passes can save you. You are doomed from the moment you set foot in the Magic Kingdom!