On Monday morning, December 8, 1941, Tony Ballas, like thousands of other American men, walked into his supervisor's office and announced that he was going to enlist in the armed forces. Enraged by the unprovoked attack by the Japanese on Pearl Harbor, Tony was eager to defend his country.

There were a few problems with that plan - the first being that Tony was nearly 34 years old. The second was that his supervisor was a naval officer! Tony was a civilian employee at the Brooklyn Navy Yard where he had worked as a skilled machinist for about six years. 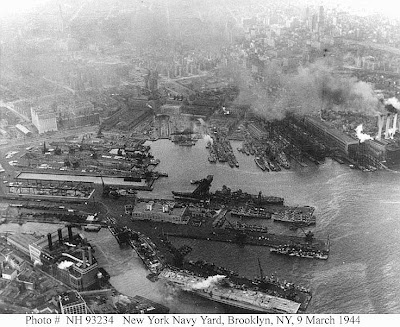 His supervisor told him that he could enlist if he wanted to - but he would end up right back at the Navy Yard - in the same job. There was no way he would be going to the Pacific, or to any other theater of war - he was just too valuable at the yard, especially now that the war had begun.

This was the second time Tony (my maternal grandfather, by the way) was disappointed in an attempt to get to the "real" action. As a nine-year-old in 1917, he set out from Williamsburg, Brooklyn with a couple of his buddies on a mission to "Kill the Kaiser", as they put it. 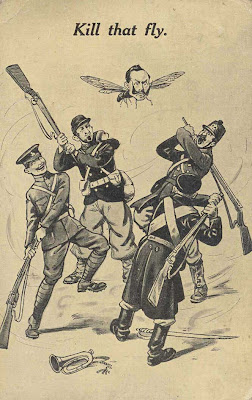 They made it as far as Hoboken! where they ended up at the police station before being sent back to their worried mothers.

Tony ended up staying on at the Brooklyn Navy Yard until it closed in 1965 - building and repairing hundreds of ships, and giving invaluable service to his country.
Posted by Greg Gillette at 11:42 AM