The Rehearsal of the Reenactment of the...

We spent Sunday afternoon on the other side of the Delaware River at Washington Crossing Historic Park - but unlike "George Washington" and the many dozens of committed reenactors, we actually made it back to New Jersey before nightfall!

Sunday was the dress rehearsal of the reenactment of Washington's famous Christmas Day crossing - 2400 Americans crossed the Delaware and marched a few miles south to launch a surprise attack on Hessian troops in Trenton.

We enjoyed meeting the colonial blacksmith.... 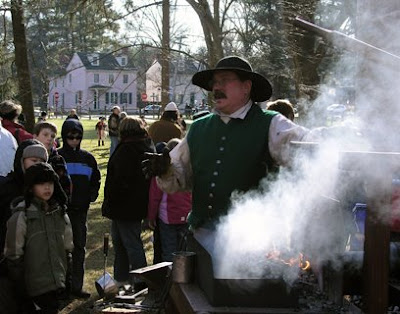 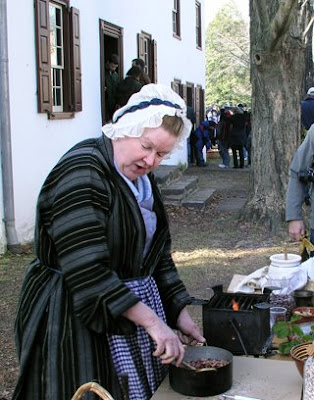 And everyone jeered appropriately as a captured Hessian was paraded through the small historic village. 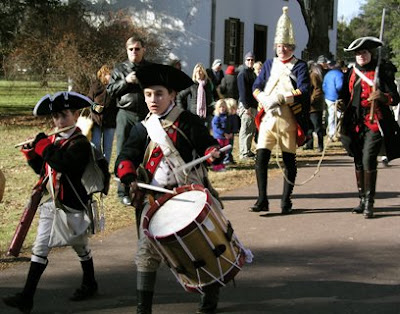 But what we were really waiting for was the Crossing! 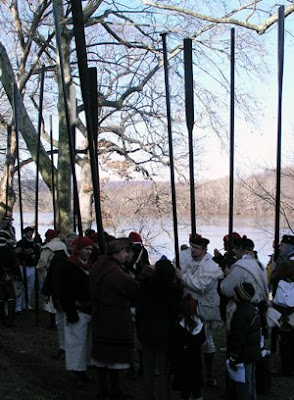 Oarsmen gathered by the river's edge, standing quietly with the tools of their trade in a vertical salute as we anticipated the arrival of General Washington and his officers. 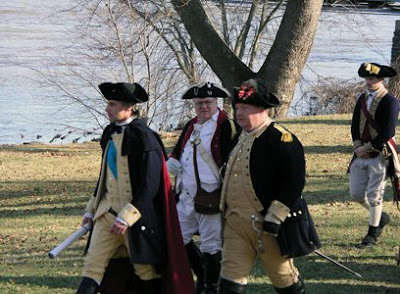 Alas, it was not to be. Washington addressed his troops, quoted Thomas Paine, and then turned glumly and headed in the other direction as a voice from the public address system informed the assembled that the river was too dangerous to cross today! 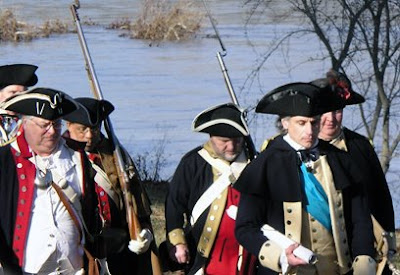 The reenactors were just as disappointed as the overflowing crowd of onlookers - but still, we were left with an even greater appreciation of what was accomplished on December 25, 1776. 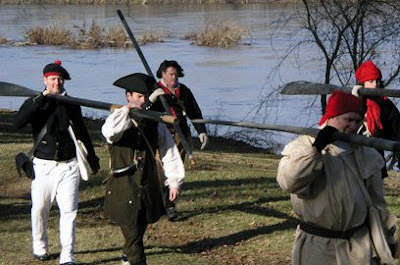 Oh, and my kids loved the cannon, which was fired half a dozen times at New Jersey, and was VERY loud! 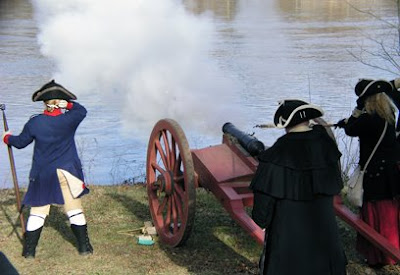 Do you think they were aiming at the State House?
Posted by Greg Gillette at 11:59 PM