In 1915 Somerville, NJ real estate developer O.J. Brown bought a piece of land on the Somerville-Princeton Road -  today's Route 206 - just south of the Jame B. Duke estate and north of the Lehigh Valley Railroad crossing in Hillsborough Township. He built a store there and soon sold it to Joseph Scheff. Scheff sold the business to Willy Cremer in 1922. Cremer's loyal customers (what he sold at his store is lost to time, although some accounts say it was a grocery) woke up one day in 1931 and found the store closed and a new building going up in its place - The Three Towers. Thus began the long history of the ten dining/banquet establishments that followed continuing today with the off-track-wagering place Favorites. 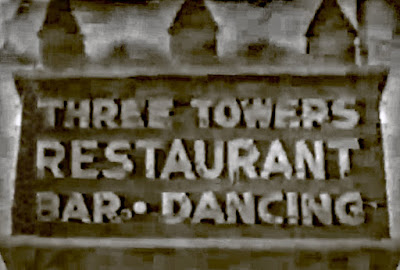 You can read about the history of Three Towers here. Now let's put the rest of it in order with this brief survey of the other nine businesses that called the southbound side of Route 206 in "South Somerville" home.

After a run of bad luck and other incidents that caused Three Towers to acquire, in the words of one Hillsborough Township Committeeman, "a bad reputation" subsequent owners Joseph and Margaret Hazy closed the 27-year-old restaurant/ballroom/catering hall and sold the business to Walter B. Mooney in February 1958. Mooney renovated the ballroom and opened up as Town & Country Inn.

Contemporary newspaper advertisements inform us that Mooney attempted to repeat the early success of Three Towers. Square Dancing was out and the big bands were back including Guy Lombardo and his Royal Canadians for Town & Country's first anniversary in 1959 and the sweet trumpet of bandleader Charlie Spivak and his orchestra in 1961.


Remember gentlemen: "Jackets are in order".

By cleaning up the place Mooney  - who lived in the rooms above the hall - won back the local politicians and was even appointed to Hillsborough's Industrial Commission.


In the mid-sixties, the Central Jersey Bachelors' Association sponsored two dances each week. Friday nights were more formal with "jackets and ties required" while Wednesday evenings were casual affairs - sometimes a prize would be awarded for the most casual outfit!

After more than a decade in business, Mooney sold the Town & Country Inn to Rudy Esposito in 1969.

Rudolph Esposito was a Manville trucking company owner whose family also happened to be in the restaurant business. He initially bought the Town & Country Inn and changed the name to Duke's Farm Inn with the idea that he could get away from serving Italian food. However his customers had other ideas, and he was compelled to bring their favorite Italian dishes to the menu.

Esposito must have guessed that he would have trouble with the Doris Duke estate over the name of the restaurant. He responded by adding a giant burger to the menu and calling it "the Bull Durham" after the symbol of the Duke tobacco empire.

Duke's Farm Inn lasted just three years. At the end of 1972, the business was purchased by Manville Boro councilman Michael Mazur, Jr. and family and reopened as part of the Steak and Ale casual dining chain.

Steak and Ale was a restaurant chain that started in Texas in 1966. For certain jurisdictions that didn't allow an alcoholic beverage (ale) to be in the name, they operated as The Jolly Ox. Hillsborough's Jolly Ox opened on December 1, 1972.


The restaurant featured the standard Steak and Ale fare with daily specials  - Tuesday might be shrimp scampi, Wednesday, prime rib, etc. With the large banquet facilities, the Mazurs were able to do the kinds of weddings that other restaurants in the Steak and Ale family couldn't attempt.

Perhaps the oddest bit of promotion came near the end of the 11-year run of Jolly Ox when they advertised a New Year's Eve dinner with "No Entertainment".

In 1983, with much interest from prospective buyers, Michael Mazur began to look for, in his words, "the right people to take it over". On August 12, 1983, he sold to Raritan restaurant owners Charles Moore and James Richards for $625,000.

Charlie Moore and Jim Richards  - who became friends when they were students at the Culinary Institute of America - opened the original Jaspers in Raritan in 1980. Located on Route 206 near Sherman Avenue the 55-seat restaurant was their first business venture together. Just 24-years-old at the time, the two said their cuisine was heavily influenced by a backpacking trip they had taken together through Europe.


In August 1983 they brought their European-inspired veal, chicken, and seafood dishes to the much larger Hillsborough premises. They kept the restaurant in Raritan, renaming it Donovan's.

In 1987, in a stunt worthy of the Three Towers era, bride-to-be Dawn Saceric had herself wheeled down Route 206 in a wheelbarrow by eight bridesmaids to Jaspers parking lot, where, with the help of the Hillsborough Township Police she fulfilled an ancient Scottish wedding custom by selling kisses for $1 on the night before her wedding! She made $120 which she donated to the Neshanic Reformed Church.


Although maybe not as well-remembered by "old-timers" as The Jolly Ox or Town & Country, Jaspers thirteen years in business remains second only to Three Towers in the 90-year history of restaurants at that location.

After running Jaspers successfully for thirteen years, Richards and Moore began to feel increased competition from the growing number of national chain restaurants moving into Central Jersey. Instead of selling out, they thought about changing to a themed restaurant - maybe a sports bar, or a country-western place. Ultimately they hopped onto the 1990s microbrewery bandwagon and opened Jersey Jim's on April 12, 1996. 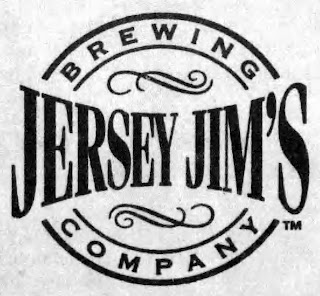 They turned one of the ballrooms into a brewery and installed a 60-foot-long wooden bar, transforming the restaurant into the largest brewpub in New Jersey. The novelty, combined with good press and relentless advertising brought in the customers and brewer Scott Hercher sealed the deal with his handcrafted porters, amber ales, and IPAs.

By the end of the decade, they were featuring country-western line dancing on Tuesday nights and the occasional live music. They closed unceremoniously in 2001.

Instead of pining for the old days when they could celebrate important events at Jasper's, Janis and Marty Wolfson and their partners Karen and Bill Hendriksen decided to do something about it. In 2002 they began a renovation of Jersey Jim's to bring back the ballrooms of old as The Pavilion. Their plan was to be primarily a banquet facility while also opening as a restaurant on special occasions such as Mother's Day.

In 2003, Richard Lee - the owner of the Shogun restaurant on Route 22 in Green Brook - bought the property with plans to turn it into another Shogun.

The ongoing construction involving the widening of Route 206 snarled traffic and made it difficult to get to the site. And Lee dropped the project.

After Richard Lee declined to pursue turning the building into a Shogun restaurant the site was dormant for another three years. Then experienced area restauranteurs Nino and Janet Tamburin (Eccola in Parsippany, Eccoqui in Bernardsville) were taking a drive down Route 206 and found the property to be "eye-catching". They began another renovation of the building to turn it into an upscale Italian-American restaurant.

One of the unique features of the restaurant was the "open kitchen" which allowed diners to see the chefs in action. Instead of the ballroom concept of previous incarnations, the Tamburins created two elegant private dining rooms besides the main room.

As quickly as it came it was gone. In 2010 another restaurant had taken its place.

There was no big renovation before Maestro 206 took over the site in 2010. It seems like they moved right in.

Much like Coccola before them, Maestro 206 was gone before many Hillsborough residents had the chance to make it one of their favorites.

And speaking of Favorites, that's the name of the restaurant that includes off-track-wagering that currently occupies the site. As their history is still being written, I will leave it for another time.
Posted by Greg Gillette at 8:00 AM