In the 1920s, the Lehigh Valley Railroad still had regularly scheduled passenger service between Easton, PA and New York City - including their signature "Black Diamond Express" whose only intermediate stop was at South Plainfield.

Hillsborough commuters had a choice of two station stops for boarding - Flagtown or South Somerville (previously named Royce Valley) - and you had to be on time because there was only one train each morning that stopped at these stations.

Check out this schedule from 1923! 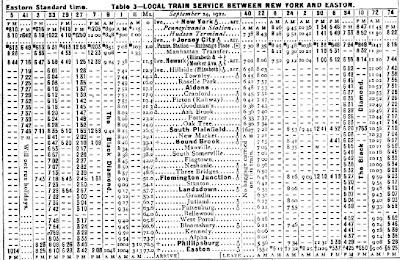