Last week's fire at the former Belle Mead GSA Depot exemplifies the danger inherent in vacant properties in general, and in disused Federal properties in particular. We can be thankful that no child vandals, or firefighters, were injured or killed in the blaze - and can view this incident as a wake up call for township and federal officials , and the general public.


Part history, part curiosity, and part eyesore, the GSA Depot has been part of Hillsborough for over 65 years. Now we need to kill the curiosity by demolishing the eyesore. The township committee has taken the first steps by approving acquisition of the 369 acres to be used primarily for recreation. The federal government needs to replace missing security fences and tear down unsafe buildings on the property.

Mayor Ferrera has called on Hillsborough Township Police to increase patrols in the area. When the depot was in operation, it was regularly patrolled by guards wearing this patch on their uniforms. 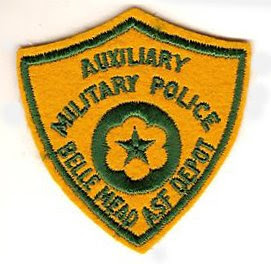