The Thorn Puller, Then and Now

Referred to around Duke Farms as the Blue Boy statue, Lo Spinario (The Thorn Puller) is a copy of a first-century Roman bronze.  Much celebrated throughout the Renaissance and later, many copies were made, both in bronze and marble.  Naturally, James B. Duke needed to have a copy for his Hillsborough estate, where the sculpture became part of what the New York Herald described in a 1902 headline as "The Most Imposing Private Collection of Bronzes in America." 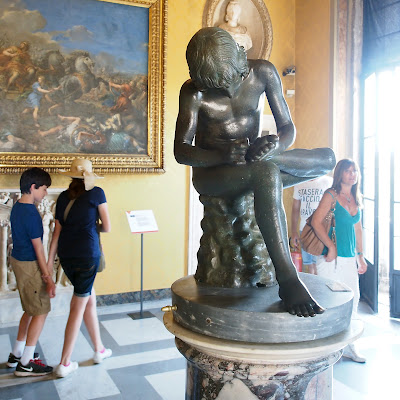 Incidentally, the structure in the center of the postcard was called the Lovers' Tower during Duke's lifetime.