The Farnese Bull, Then and Now

This "Then and Now" surprised me.  Despite walking past the Farnese Bull dozens of times, I never noticed that at least two of the figures are completely missing!  The leftmost person has obviously disappeared, and if you look closely you may notice that a dog at the bottom right of the sculpture is also absent (along with the bull's right foreleg).

This impressive piece is a bronze copy of an early third-century marble sculpture. Created from one solid piece of marble, the Roman sculpture was excavated in 1546 and, according to Wikipedia, is "the largest single sculpture ever recovered from antiquity to date." 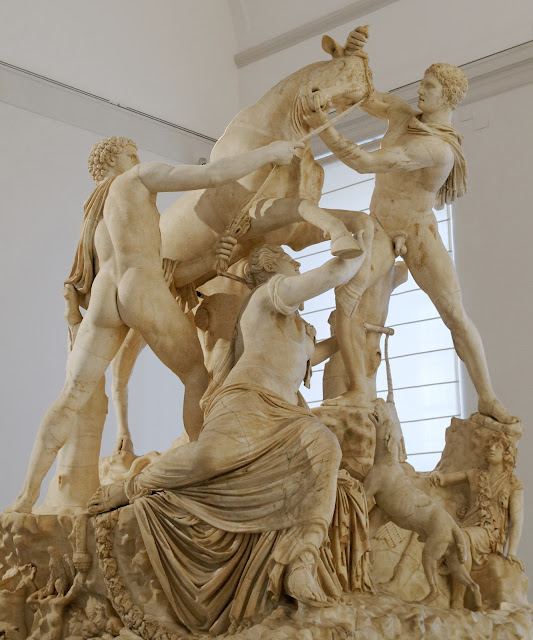 It seems to be impossible to capture the scene today from the same viewpoint because of the trees growing almost right up against the base of the bronze sculpture, but I came as close as I could without obscuring the boys.