Well House and Hay Barn, Then and Now

It's a pretty long walk just from the Visitor's Center at Duke Farms to the Hay Barn - over half a mile, I think.  A century ago you could stop and have a drink at the rustic Well House, just off the path on the right.

Today you can still see the capped well and the ruins of the Hay Barn just beyond.

The Hay Barn burned down in a spectacular fire on January 21, 1915. It is not known when the Well House was removed.

This area of Duke's Park had another important feature - a beautiful bronze reproduction of Giambologna's 16th century Flying Mercury. 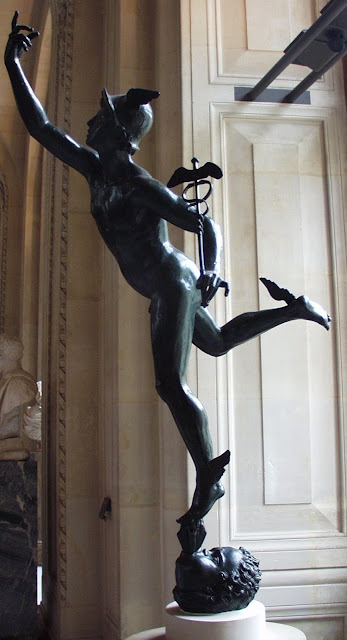