The Murder of Twelve Year Old Jasper B. Baird

The early morning of June 29, 1867, began like many other Saturday mornings at the Auten Road home of Andrew and Aletta Baird and their five children. By five-thirty the sun was already shining, and breakfast was on the table - plenty to eat for a hungry farm family and their serving girl, and their tenant - 45-year-old Jacob van Arsdale. 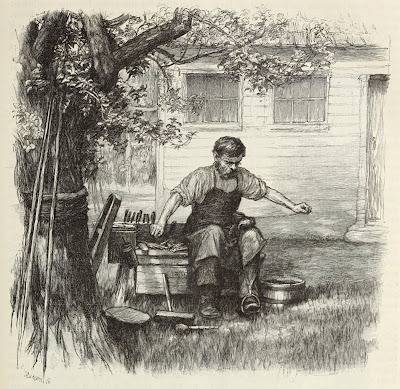 Twelve-year-old Jasper was sent to find Mr. Van Arsdale at the small shed where he was working at shoe-making and call him to breakfast - and told to come right back while it was still hot. The Bairds didn't know that Mr. Van Arsdale had already been to the house that morning, and had seen the African-American servant already seated at the breakfast table before him. This enraged him so, that he went straight back out to his shop and decided to kill the first person who entered.

Just minutes after Jasper went to call Van Arsdale, the murderer ran back to the house and went straight upstairs and changed his clothes. He bolted down the stairs, knocking Mrs. Baird to the ground, and ran to the Roycefield depot of the South Branch Railroad. 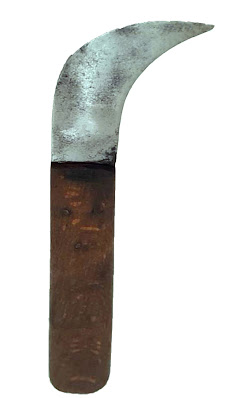 Jasper was found by his family in Van Arsdale's shop, lying in a pool of blood with a shoe-knife in his neck. Also found in the shop was a loaded shotgun - and a sharp hatchet was found hidden in his room.

Van Arsdale didn't get far. He was pursued to the depot and was taken into custody when the train got to Somerville. After a trial of seven days in which the courtroom was filled to capacity throughout, the jury took just three hours to reach their guilty verdict on October 30, sentencing Jacob Van Arsdale to death. It was reported at the time that Van Arsdale had been in contact with the noted Spiritualist Mrs. Jackson, and this bestowed a certain amount of sensationalism on the proceedings - Somerville was crowded with tourists hoping to see her testify.

Despite the fact that Van Arsdale had been known to threaten others - even once threatening to kill his own father - or perhaps because of that fact, the jury, the court, and even the prosecutor petitioned the Court of Pardons to commute his death sentence. On November 29, 1867, the court spared Van Arsdale's life, ruling that there was a question as to his sanity and that life imprisonment would be justice enough!
Posted by Greg Gillette at 10:40 PM