I've been a big fan of TD Bank, formerly Commerce Bank, for more than twenty years.  The innovative financial institution, started in south Jersey in the 1980s, popularized such concepts as seven-day banking and evening hours.

One aspect of their operation that I have been critical of is their "drive-thru" lanes, which do not include a drive-up ATM.  I do not believe this is an oversight.


Part of the Commerce Bank/TD Bank business plan appears to be to force customers to enter the building to get cash.  I guess that once inside, you're supposed to feel all warm and fuzzy about the bank and decide to put all of your money there - or take a big loan.

Still, it seems funny that "America's Most Convenient Bank" won't allow customers the convenience of the drive-thru ATM.

Up until this month, I have used a simple workaround.  I have combined stops for coffee with necessary cash withdrawals by using the very consumer-friendly PNC Bank ATM at the WaWa on Triangle Rd., which for years has had no fee at all, from either PNC or TD Bank. 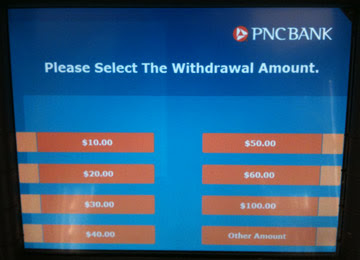 Imagine my surprise last week when I hit that button for $100 "fast cash" and was swiftly docked $102!  Where did that $2 go?  Not to PNC.  It looks like TD Bank has found a convenient way to grab a couple bucks - a 2% commission in this case - from their loyal customers' transactions at WaWa.

What happens to property tax rates after a town-wide revaluation, such as the one recently completed in Hillsborough?  As my high school calculus teacher might say, the math here is "child's play".  In order to collect the same amount of taxes, when the assessed value rises, the tax rate must go down.

We have already seen this calculation put into place with the proposed school tax.  On Monday the School Board is expected to propose a new tax rate of $1.45 per $100 of assessed value, where the old rate was just over $2.00.  The Township Committee will propose a similar adjustment in their upcoming budget.

But what happens to other fees that aren't necessarily property taxes, but are tied directly to property values?  Shouldn't those be adjusted also?

In dozens of New Jersey communities that have undergone revaluations over the past several years, the answer is either "no", or "we didn't think of it".  Incredible!

The example at hand is the Open Space Tax.  In Hillsborough, the tax  - approved by voters in the mid-90s to preserve open space and farmland - is currently set at 4 cents per $100.  Leaving the tax rate as it is would result in an unjustified windfall for the town, and create an increased, unapproved, tax burden for property owners.

Amazingly, nearly 75% of towns that have found themselves in this situation have done just that - collectively receiving a bonus of more than $15 million.

Not in Hillsborough, where Mayor Gloria McCauley has instructed the township attorney to investigate how to legally change the voter-approved tax rate to reflect the reassessments.

After that, the rest is, indeed, child's play.
Posted by Greg Gillette at 10:00 AM No comments:

By the time Emanuel Ninger's cell door clanged shut in the late Spring of 1896, the Flagtown Forger was already a legend. As early as 1879, his hand painted masterpieces, mostly 20s and 50s, began showing up at banks around the nation. After his arrest - he slipped up by laying a newly minted twenty dollar bill on a damp counter at a New York City bar, causing the ink to run - art critics came forward to hail the German immigrant, not as a Prussin War pensioner as he claimed to be, but as a near-genius of impressionism, and to plea for a short sentence.

Most accounts of Ninger's exploits end with his incarceration - but there may be a bit more to the story.

Ninger's wife, Adelaide, vowed to move herself and her children from Flagtown to Buffalo in order to be able to visit her husband in prison and await his eventual release. Nearly penniless - Secret Service agents had confiscated all the cash they found in the home, both counterfeit and genuine - Mrs. Ninger didn't have the means to set up a new household in another state.

Perhaps because of their shared German heritage, his appreciation for fine art, or some other reason lost to time, Wiedenmayer came forward and offered to buy the Ninger house in Flagtown, thereby putting Adelaide in funds for her relocation to Buffalo.

While preparing for the move that summer, Mrs. Ninger and a trusted neighbor decided to search one more time for any cash or valuables possibly hidden by her husband. Although Secret Service agents had searched in every nook and corner, it appears that they overlooked the cellar floor.

Upon prying up the floorboards, the women were astonished to find $5,000 in gold - the news of which quickly spread throughout Flagtown and all of Hillsborough.

A search of US census records reveals the Ninger family, minus Emanuel, living in Buffalo in 1900. It was in July of that year that Ninger, after time off for good behavior, was released. His freedom was brief, however, as he was then tried, sentenced, and served an additional term in a New Jersey prison for manufacturing the funny money.


By 1910, the entire family was reunited and living in Berks County, Pennsylvania, where Ninger described his occupation as "farmer". Curious, since he had done practically no farming at his Flagtown farm, instead claiming he derived his income from a Prussian War pension - a false claim used only as a cover for his counterfeiting operation.

So, what was Ninger doing in Berks County? An interview with Secret Service Special Agent Bruff on the topic of Ninger which appeared in a December 1910 issue of the New York Telegraph provides a clue. Bruff claims that Ninger was so well-respected, after a fashion, by the Secret Service, that he was being paid by the government to no longer be a forger! In essence, he was receiving a retirement check in order to ease the minds of officials at the Treasury Department who had spent nearly two decades and $750,000 trying to apprehend him.

It appears Emanuel Ninger may have gotten his pension after all.
Posted by Greg Gillette at 1:20 PM No comments:

Benjamin Franklin made his first and only visit to Hillsborough in October 1771 - a trip that perhaps set in motion the American Revolution. No, not OUR Hillsborough. I'm talking about Hillsborough's de facto sister city - Hillsborough, County Down, Northern Ireland - the ancestral home of Wills Hill, Earl of Hillsborough, Secretary of State for the American Colonies in the 1770s. 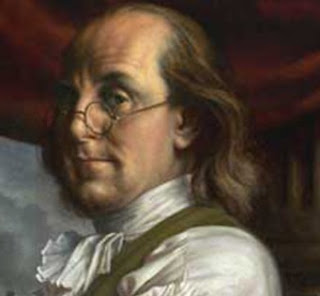 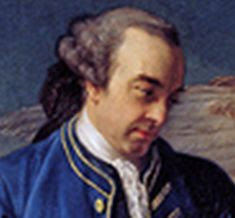 During Franklin's 1771 diplomatic mission to the British Isles, he made his first visits to Scotland, Wales, and Ireland. It was in Dublin that he surprisingly encountered Lord Hillsborough, noted enemy of American interests, personally responsible for many of the most odious economic policies affecting the Colonies.

What astonished Franklin was Lord Hillsborough's apparent change of demeanor. In London, he was antagonistic and confrontational - in Dublin, he was cordial, amiable even, inviting Franklin and his entourage to stay with him at his estate as they continued on their journey to Belfast.


There was no way Franklin could turn down such a generous offer, particularly because they would have to necessarily pass right by Hillsborough's door.

Once at the Hillsborough estate, the American Party was treated quite hospitably, with particular attention being paid to Franklin. Remarkable since Lord Hillsborough had treated the American diplomat so contemptuously in London.

During the four-day visit, an extraordinary effort was made by Hillsborough to ingratiate himself with the Americans and to foster a good opinion of himself - including assigning his eldest son to drive Franklin forty miles on a sightseeing tour of the Irish countryside.

All of which made Franklin highly suspicious. He knew that Lord Hillsborough cared not for him, and even less for America. His only conclusion was that, "all the plausible behaviour I have described is meant only, by patting and stroking the horse, to make him more patient, while the reins are drawn tighter, and the spurs set deeper into his sides."

Franklin returned to America with an even deeper distrust of Lord Hillsborough and England's policy makers.

And we know what happened next!
Posted by Greg Gillette at 10:37 AM 1 comment:

Question for the Governor

I was never a Boy Scout, but I still believe in being prepared.  Even though I had no intention of raising my hand at Governor Chris Christie's town hall meeting in Hillsborough on Wednesday, I had a question prepared anyway.  Hey, you never know.
﻿

Governor, I've lived in Hillsborough almost twenty years.  In that time I have found Hillsborough to be a wonderful community full of caring people.  Having been involved in some charitable efforts in town, I have seen firsthand the generosity of our residents.  Whether it's fundraising for national charities, building a playground for disabled kids, or keeping our food pantry stocked, the people of Hillsborough always come through.

Even though Hillsborough is not an affluent community - in fact, our per capita income is right about at the state median - we acknowledge that there are communities needier than ours.  We know that New Jersey's poorer cities need our income tax dollars to fund their schools.  But Hillsborough is also a frugal community - evident in the fact that we have had amazing student achievement in our own schools, while spending far less than other comparable districts.

What we demand to see are results.  Right now, we're just not seeing it.  We send 60% of state aid to thirty urban districts, and it isn't doing any good.  Some of these districts spend two or even three times as much per student as we do in Hillsborough, and it's all for nothing.  If a student is going to drop out of school anyway, they could do it for $10,000 a year as easily as they could for $30,000.

Governor, when are we going to see some return on our investment in the urban districts?

*As always, this blog post represents my personal opinion and not that of the Hillsboroughh Twp. Board of Education.
Posted by Greg Gillette at 11:04 AM 2 comments: