Patty and I just passed the 18-year-mark as Hillsborough residents.  As we get further and further from the Spring of 1993, details seem to slip away.  I do remember that we had already asked our landlord if we could break the lease on our apartment, and then - as the completion date for our new house in Rohill kept getting pushed back - asked him if we could stay a little longer.  Not once, but twice.

April 30 eventually became the mutually agreed upon drop dead date to get our stuff out of Freehold and up to Somerset County.  We pressed the builder with daily phone calls to put all resources into OUR house.  Kind of silly now, as we had no kids and could surely have found a place to stay.

In the event, we had our closing on April 29 - and if I recall correctly, the moving van did roll on April 30 - along with my much beloved 1980 Pontiac Phoenix, completely filled with clothes and personal items - the last trip that car ever made.  It died right here in the garage on Conover Drive, and remained there for months.  ﻿
﻿﻿﻿﻿ ﻿﻿﻿﻿ ﻿ After spending more than 6,000 nights in Hillsborough, I think back to what my grandfather said to me during his one visit here later that summer, "this house feels like home".  Eighteen years later, this still feels like home - just a bit more crowded!
Posted by Greg Gillette at 11:59 PM No comments:

Who's in Charge Around Here?

At the annual townmeeting held at the house of Peter Williamson in the township of Hillsborough and county of Somerset, on the 2nd monday in April 1811, the following persons were chosen in office.

Surveyors of the highway -  Garret Quick, Gilbert B. Taylor

[Twenty-Four men were chosen as overseers of the roads.  Nineteen were newly appointed, only five continued with the same road they looked after in 1810.]
Posted by Greg Gillette at 8:05 AM No comments:

It's 2:30 on a Sunday afternoon and the Hillsborough traffic is out of control.

No, not the highway traffic.  I'm talking about the traffic on this blog!

With plenty of browsing hours left, visits to "Gillette on Hillsborough" are already triple what I would receive on an average day.

What accounts for the spike in popularity?  It has to be the story this morning in the Star Ledger about the Route 206 bypass project.  Once again, the newspaper has failed to provide the one thing that people are really interested in - A MAP!.  I know this because nearly all of the visits to the blog today are from people searching for "route 206 bypass map".

Just a few years ago, it would have been common to see a map accompanying a story like this.  In fact, computers made the creation of this type of graphic relatively easy - hence we saw a welcome increase in tables and charts and maps in the paper.

Obviously someone realized that the person creating the graphics had to get paid.

Since I don't get paid, and therefore can't be downsized, you can click here to see my map of the 206 bypass.
Posted by Greg Gillette at 2:51 PM No comments:

Email ThisBlogThis!Share to TwitterShare to FacebookShare to Pinterest
Labels: 206 bypass

Email ThisBlogThis!Share to TwitterShare to FacebookShare to Pinterest
Labels: Housekeeping

Many readers will know that evolving commitments on the School Board, Historic Preservation Commission, and Central New Jersey Walk Now for Autism, required me to ask to not be reappointed for another term on Hillsborough's Cultural Arts Commission.
﻿
One of the last things I worked on as chair of the commission in 2010 was the selection of Doris Duke as the third subject for Hillsborough Township's Public Art Collection - an adjunct of the annual Art Show.  In preparation of the 2011 show, which was held last weekend, I met with Duke Farms chief Tim Taylor to discuss involving Duke Farms in the project - where the 2010 student grand prize winner is commissioned to paint a portrait of a notable Hillsborough resident under the tutelage of premier portrait artist Kevin Murphy.

To say that Mr. Taylor was enthusiastic about the project would be an understatement.  He pledged full cooperation of both himself and his staff, and I know their assistance was greatly appreciated by the Cultural Arts Commission.


﻿﻿﻿﻿﻿
During our meeting last Fall, Mr. Taylor spoke about Doris Duke's love for the arts, and how she would have been so pleased to see young people engaged and participating in the arts.  He reiterated those themes when he spoke during the awards ceremony on Friday just before the unveiling of the Doris Duke portrait, but he also said something that I hadn't heard before.  Apparently Miss Duke only sat for one portrait during her lifetime.

In 1924, twelve-year-old Doris Duke was painted by renowned English portraitist John Da Costa.  Da Costa specialized in children's portraits, and a photograph of his painting of the young Doris Duke appeared in the December 21, 1924 edition of the New York Times. 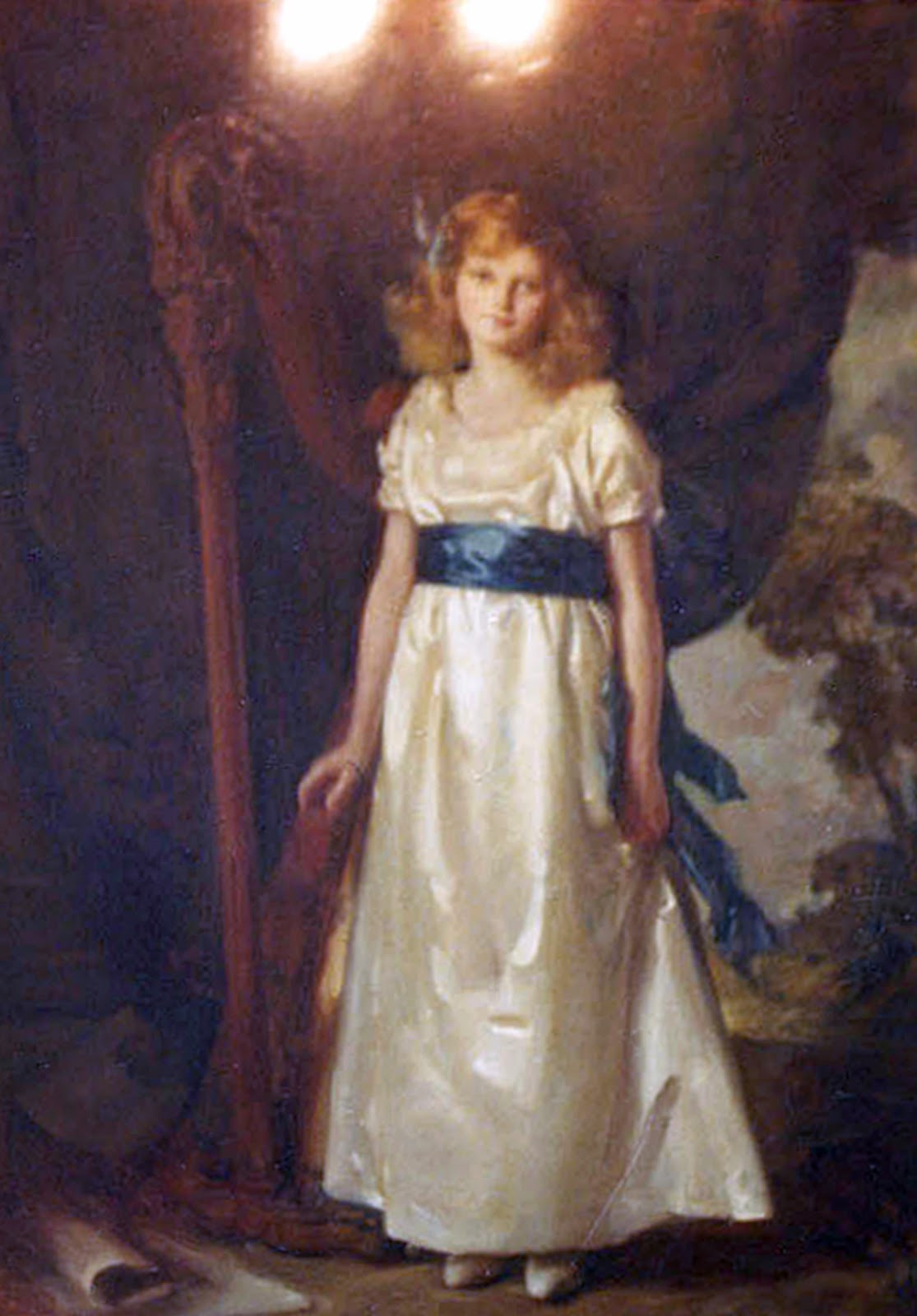 Posted by Greg Gillette at 9:05 AM No comments:

All Eyes on Eagles

Online TV Shows by Ustream As the babies grow they really become eating machines, devouring everything big daddy brings to the nest - including fish, eels, turtles, rabbits, and assorted roadkill.
Posted by Greg Gillette at 9:49 AM No comments:

Start here with "Mosaic", http://www.cnhillsborough.blogspot.com/view/mosaic#!/ , then check out the rest.

"Snapshot" is pretty cool - displaying every single image that has ever appeared in "Gillette on Hillsborough".  If you see something that looks interesting, just click on the pic to bring up the related blog post.

"Flipcard" has the ability to show thumbnails all of the nearly 700 posts on one page.

Have fun.
Posted by Greg Gillette at 2:57 PM No comments: