The anniversary of Hillsborough's 1771 Charter passed quietly this year, as has been the usual case over the past four decades.

Not so for the 1971 Bicentennial, which featured a week's worth of events - and probably a year's worth of planning - beginning with a "Miss Hillsborough" Pageant on May 22, and culminating with a family picnic, fireworks, and a Grand Parade down Route 206 on Saturday May 29.

The Franklin News Record printed a two page montage of photos from the parade in their June 3 issue.


Here's the link for the eight-millimeter footage of the parade taken by Dottie Leinenbach:
Hillsborough Bicentennial Parade
﻿
Posted by Greg Gillette at 12:00 PM 1 comment:

It's often said that submariners have an unfair advantage over their surface adversaries.  As someone who gets mildly claustrophobic in the backseat of a Volkswagen, I just don't buy it.  I can't imagine the mental preparation that would be necessary before I could sign on for a tour of duty in a modern nuclear submarine, let alone in a tiny World War II era boat - not at the age of 47, and certainly not at 17.

But that's what longtime Hillsborough and lifelong area resident Al Nittolo did in 1946 when he, along with seven officers and 68 other enlisted men, was assigned to the USS Corsair, a brand new diesel-electric sub destined for service in the Atlantic.

A football star at Somerville High School - and again after his service at both Rutgers Prep and Washington University -  Al enlisted soon after receiving his varsity letter in December 1945. When diplomas were handed out the following June, he was somewhere in the Atlantic.
Born in 1929, Al was bitterly disappointed that he was too young to enlist during the war.  He soon came to realize that for submariners in Atlantic and Arctic waters, the war was just beginning.

Submarines proved to be the perfect tools for intelligence-gathering in north Atlantic waters - shadowing the Russian Navy at the outset of the Cold War.  When I introduced my kids to Al at the Memorial Day Parade [May 2011], he recounted the time that the Corsair got just a little too close to a Russian vessel.  On the surface, (the Corsair's batteries only permitted dives up to 22 hours), the Russian ship fired a warning shot across the sub's bow.

The skipper immediately ordered an empty torpedo to be fired from one of the sub's ten tubes.  Al recalls the Russian ship turned and ran from the bogus bomb, and was out of sight within minutes!

Clearly, the unfair advantage has never been in our weapons, but always in the bravery of our young men who fight them. 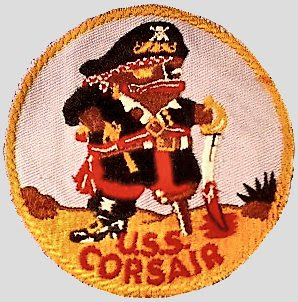 Hillsborough's 2011 Memorial Day Parade was much the same as in past years - marching band, fire companies, Scouts, and youth sports leagues were all in their usual places.

But at least one group seemed out of step, or at least, unfamiliar.

Take a look at these photos from recent parades.


The "retro-soldiers" have always cultivated a definite 20th century appearance - until this year:

It looks like they set the Wayback Machine for the mid 1700s!
Posted by Greg Gillette at 11:59 PM 2 comments:

Where Are the Results?

Let's go crazy for a second.  Let's assume that the additional $500 million in state aid that the New Jersey Supreme Court demanded that the taxpayers provide to the 31 former "Abbott districts" will result in 1,000 more high school graduates from our city schools in June 2012 than we will have in June 2011.  Do you think that would be a worthwhile result? 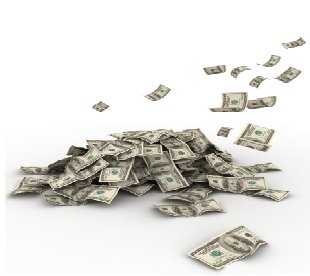 Now consider that we would be paying $500,000 per student - in that one year alone - to reach that goal.  Does it still seem worth it?  What if we thought we could increase the number of graduates by a whopping 10,000?  Off the top of my head, there might be 25,000 seventeen-year-olds in the former Abbott districts.  Would spending an additional $50,000 per student next year save those 10,000?

I know what you're thinking.  The $500 million isn't just for juniors and seniors, it's for all the kids - and we can't expect results in just one year.

Well - we're not just talking about one year.  We have been conducting this experiment for 25 years!  And it is a colossal failure.

Now, you are going to hear critics state that increased spending doesn't equal increased student achievement.  But that's not quite right either.  I can say confidently that $1,000 per student in increased state aid to a district like Hillsborough (that would be $7.5 million total) would mean infinitely more than the $2,000, on average, that was just awarded to each Abbott student.  Here, that money would produce real results - in Newark, Camden, et. al., increases in taxpayer funding have been shown to do nothing.

Hillsborough taxpayers, like those in the rest of suburban New Jersey, only want to see real results.  If not equal to the results we see here, then at least something, anything!

[standard disclaimer:  the views expressed above are my own and do not represent the opinion of the Hillsborough Township Board of Education]
Posted by Greg Gillette at 11:59 PM No comments: