Anna Case: "What I Did On My Summer Vacation"

If there was any singer that could have used a few weeks at the Jersey Shore in the summer of 1916, it would have been Metropolitan Opera soprano Anna Case. The twenty-eight-year-old South Branch, NJ native had been working nearly continuously since the previous autumn  - embarking on her longest concert tour up to that time of the western US - with only a brief respite in Bermuda in February to recover from an operation for appendicitis.

That she was able to return to the concert stage to participate in all of the important spring music festivals - especially considering that "appendicitis" was a common early 20th-century euphemism for "abortion" - was really quite remarkable. She closed out the 1915-16 season with a one-off benefit concert in Canada for the Montreal Children's Hospital and promptly rented a summer cottage on Rumson Road in Sea Bright. 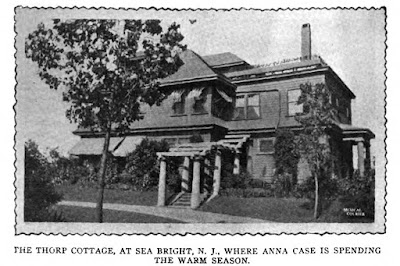 The community between the Shrewsbury and Navesink rivers was in no way a musicians' colony in 1916. In fact, Anna Case chose this location - a one hour and 15-minute sail on the Sandy Hook ferry followed by a ten-minute train ride - to get away from the musical world of Manhattan

Staying with her that summer was her close friend Helena Maaschmidt, her foreign language coach, a housekeeper, and her constant companion Boris - the prize-winning Russian wolfhound. 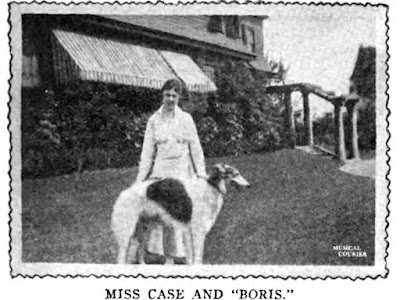 The secluded grounds around the home were surrounded by lush foliage and gardens which Miss Case enjoyed tending. When a reporter for the trade journal Musical America came for a visit in early September, she drove him out to the Monmouth Beach pool in her automobile and proceeded to show off her aquatic prowess. 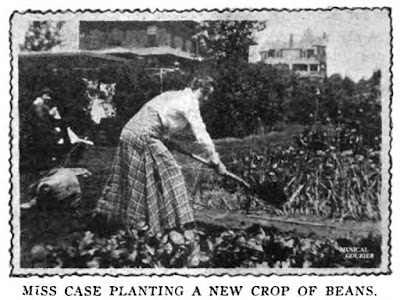 Apparently, there was also time to practice her horsemanship - a skill that would come in handy two years later when she filmed the western scenes for her motion picture debut, The Hidden Truth. 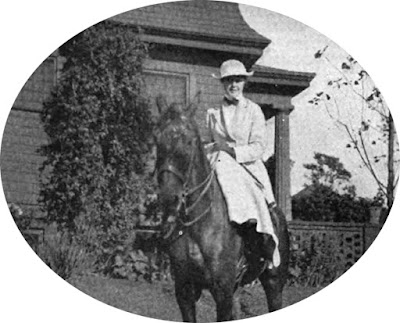 It wasn't all play, however, as her contract with Edison Records committed her to come into the New York recording studio several times that summer. She was able to cut nine sides for Edison's Diamond Disc Records over six recording sessions between July and September. 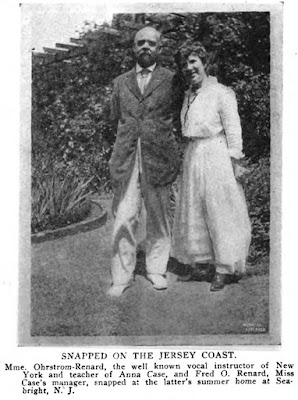 Two visitors at the cottage that summer that may have inspired some mixed emotions were Mme. Ohrstrom-Renard and her husband Fred Renard - Anna Case's vocal teacher and manager respectively. While it must have felt wonderful to share some time with her two closest musical advisors, it must have also been a reminder that the demands of the concert hall were just around the corner, and the summer at the shore would soon be a memory.
Posted by Greg Gillette at 8:00 AM No comments:

When the Hillsborough Reformed Church at Millstone decided to build a new church building in 1828, Joachim Quick had an idea. He could use the timbers from the dismantled old church to build a covered bridge at Branchville. 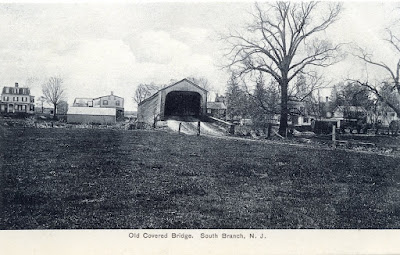 He constructed the bridge in 1830 at the same location that had been used to cross the South Branch of the Raritan River going back to before the American Revolution. Eventually the little village at Branchville changed its name to South Branch. 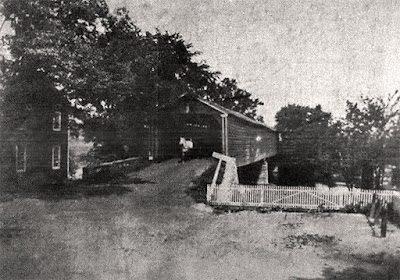 The bridge was built using wooden pegs to hold the timbers together - no nails were used. 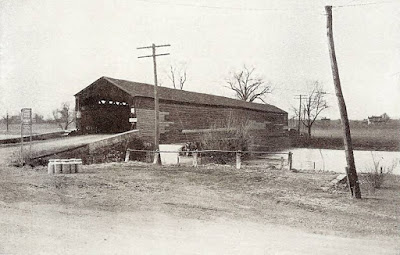 When the bridge was replaced by a concrete span in 1929, it was one of only two covered bridges left in New Jersey. The other one being the Green Sergeant's Covered Bridge in Delaware Township. 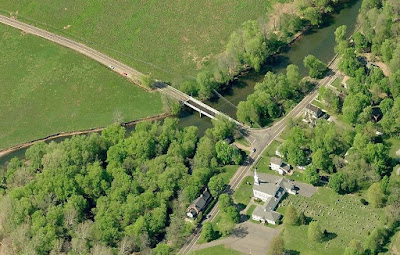 The covered bridge was just north of where the new bridge crosses the South Branch. In the image above, you can see how the new approach from Branchburg Township angles slightly to the south to meet the new span, whereas the road to the covered bridge went straight across.

Posted by Greg Gillette at 11:24 AM No comments: