What is it about Lois Lane?  She's intelligent and tenacious, sure.  And generally unflappable in the presence of gangsters or mole men.  But for all of that, and all her smugness, she is just as clueless as Jimmy Olsen. 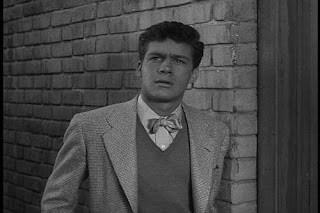 Superman is right there, sitting at the next desk.  All he has to do is remove his standard issue 1940s eyeglasses and he would be indistinguishable from the "man of steel".  But Lois can't see it. 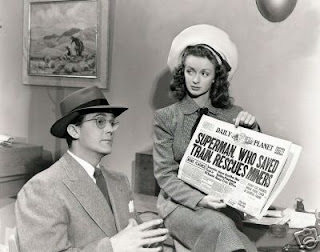 And that's the way it should be.

Clark Kent's alter ego has been endowed by his creator (DC Comics, or the god of Krypton, take your pick), with certain unalienable rights - the foremost of which is the absolute right to privacy.  Superman's secret identity is sacred.  We don't need to know who Superman is - we don't even need to know why his anonymity is so important.  It's none of our business.

Somewhere along the line - in the pursuit of motion picture profits and comic book sales, perhaps - this concept was discarded.  Lois Lane discovered all - the tights, the cape, the fortress of solitude, everything.  Which is fine for the sweet reporter depicted by Margot Kidder or Teri Hatcher.  Ultimately, it's not these Loises that should worry Clark.  The problem is the future unpredictable evil Lois Lane, certain to make an appearance sooner or later in a "Superman" sequel.  At first she will use this information for good - then the power will corrupt her.

And what about your own privacy?  Are you o.k. with recent NSA and Google revelations because you think the powers that be are only looking out for your best interests?  If so, you are probably correct.  After all, we are still in the Margot Kidder era of government corruption - like England in the 1750s.  The sinister stuff is yet to come.

Our older Founding Fathers - Benjamin Franklin, or even George Washington - wouldn't have imagined in their youth that they would one day fight a revolution to separate themselves from one of the most progressive governments of the 18th century.  Where, despite the presence of the monarchy, there was still representative government and unbridled capitalism.  Then things turned.

After the Revolution, the framers of our Constitution knew that the rights of the people must be enumerated - not to protect Americans from the good, honest, virtuous men that were certain to make up the first United States government, but rather to offer protection from that sinister, corrupt, tyrannical government of the future.

The further we become removed from serious corruption - Watergate, for example - the easier it is to lose sight of why we have the 1st, 2nd, 4th, etc. amendments.


Lois Lane has no right to know what Clark Kent does when he takes off his glasses and slips into something more comfortable.  And the NSA has no more right to read our email than the USPS has to steam open envelopes.

The value of our Constitution is that it makes us all Supermen.  Even Jimmy.
Posted by Greg Gillette at 6:39 PM No comments: