The Loneliest Job in the World

I did not originate the "On Hillsborough" blog. In the months leading up to my first post appearing here on June 7, 2007, the blog was helmed by another Hillsborough resident - a former mayor and "change of government form" activist who, to misquote the bard, came not to praise Hillsborough but to bury it. 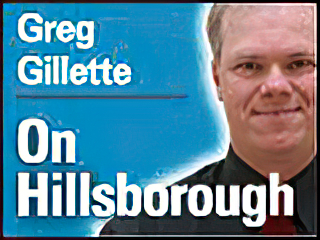 It seems so long ago now, those innocent childhood days before the social media explosion. There was no Facebook, no Instagram, no Twitter - but The Courier News had just begun to dip their big editorial toe in the online space and was looking for good (free) content to link to from their website. They turned to volunteer citizen-bloggers. At one point the stable included, besides Hillsborough, blogs about Bridgewater, Flemington, Somerville, and Plainfield - as well as a number of blogs written (in their spare time?) by Courier News reporters and columnists.

I read them all and enjoyed them, even the Hillsborough one - until he came to bury me. It was April 2007 and I was in my first race for the Hillsborough school board. The Hillsborough blogger made some allegations about my intentions as a school board member which were, in my opinion, wild speculation - not to mention untrue. At this time - and for several years afterward - excerpts from the blog posts were printed each day on the newspaper's editorial page. Gillette on Hillsborough subsequently appeared there almost 200 times. I sent an email to the editor - the general complaint being that it's one thing to link to independent opinion blogs from your website, but it's something else when you print false allegations on your Op/Ed page that for all practical purposes are originating from a columnist (paid or not).

I received a reply, the blog post was taken down, and within a few weeks, I was contacted by The Courier News. They were looking for someone to take over "On Hillsborough".

This really came out of nowhere. I did think about it for a few days. One thought that crossed my mind was, "if not him, or me, then who?" I decided that it may as well be me.

I submitted three samples of my writing. My previous career did involve writing, but not like this. They wanted opinions on Hillsborough's current events and life in general. As per an editor's request, I submitted a short piece, a long piece, and something personal - The Loneliest Job in the World.

I eventually posted the long one and the short one, but I have never posted the personal one.

And as I write this now - the final blog entry on the fourteenth anniversary of the first - I'm kind of glad I never did. After more than one thousand posts - beginning with commentary and current events and morphing into an award-winning local history blog - it's a nice feeling to have kept something for myself.

Posted by Greg Gillette at 6:15 PM