Governor Corzine announced yesterday that his planned municipal aid cuts would be "phased in", as a lead up to completely overhauling the way state aid is distributed to New Jersey's 500+ municipalities. Hillsborough was scheduled to lose about $400,000 - some smaller towns had been told they were receiving nothing.

Do you feel better now? Revamping the state aid system sounds like a good idea. The outcome must be that some towns will get more, and some get less - and hopefully the system will be more equitable. The governor has admitted that the current system seems to operate with no rhyme nor reason. Maybe that's why he has set switched his phaser from "kill" to "stun". 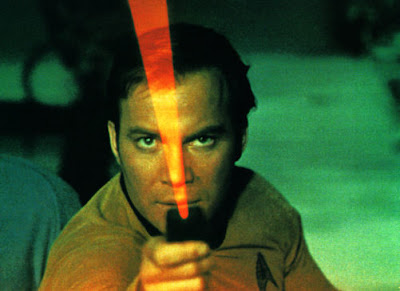 Which group should Hillsborough be in - should we get more or less? I look at it this way - Hillsborough is a town of working people making good salaries, and paying a lot of state income tax. We also spend a lot, and pay a lot of state sales tax. That's what the state aid is - it's your income tax and your sales tax. Are you satisfied that you are getting your fair share sent back to Hillsborough, relative to other towns in Somerset County and across the state?

If you would like more of your money to go to the big cities, then maybe we SHOULD be getting less. What do you think?
Posted by Greg Gillette at 8:02 PM