I caught part of a television show on the Discovery Channel about China's highways. The premise seemed to be that China was copying the US interstate highway system almost exactly - even down to the numbering of routes and the color of the signs - and doing it better!
I was especially intrigued by the plan of the beltways and connecting highways of the Shanghai metropolitan area. The schematic shown looked something like this: 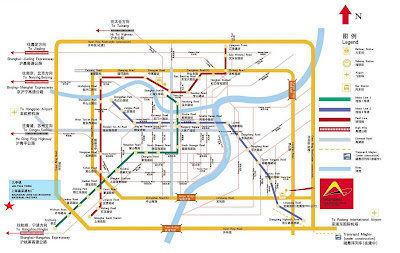 The show touted this unique plan of inner and outer looped highways, and praised the Chinese for their innovation. But I knew I had seen this map before. It's the Regional Plan for New York from 1929! 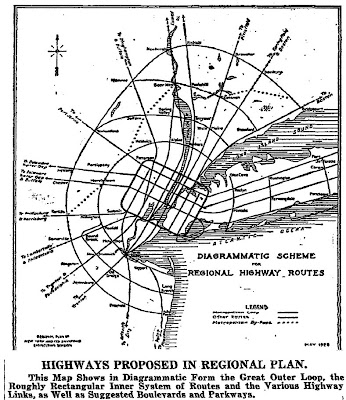 I especially like that road from Somerville to the Shore. Is that Route 92?
Posted by Greg Gillette at 11:59 PM